I confess. I didn’t get the fascination with the Wee Folk. At the mention of them you’ll typically get squeals of joy or awwwwws of adoration. Then Salley Mavor, the creator and author, sent me samples from her book, Felt Wee Folk—New Adventures.

Yep, you guessed it. I unwrapped a cute little bride and I awwwww’d. I kept unwrapping and I really understood. They. Are. Adorable.

The Wee Folk have their own little world, and it’s intriguing. They have their own little stories–and they aren’t all written yet. I would have loved to have gone to my aunt’s or grandmother’s house as a youth and had her pull these out. It’s like saying, “Imagination, awaken!” The stories would have just come naturally. I know why Li’l Bo Peep’s sheep are wandering and why Boy Blue is so tired he’s sleeping on the job.

I love the winter wonderland. I see a girl who wants to build a snowman. I think some child has his tongue stuck to a pole. (Give me a second; I can make that happen!) Where are the snowballs? And where’s Parson Brown? 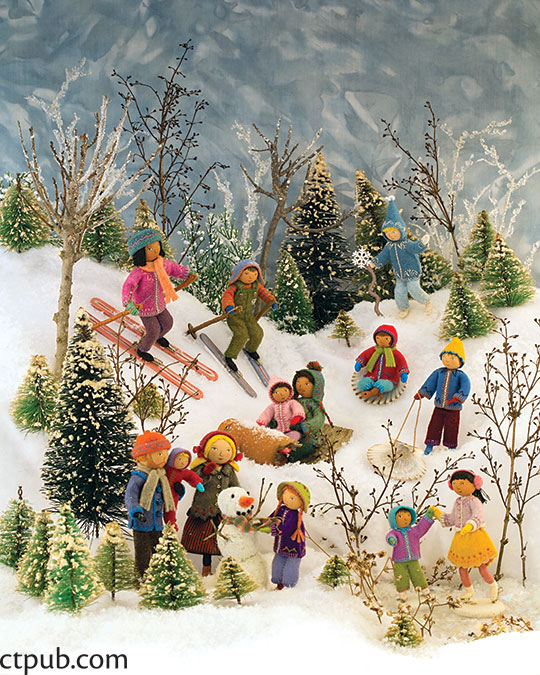 Oh, and here’s the great thing: Whenever we were missing a character, like that officiant to marry the bride and groom, auntie-grammy could have pulled out her pipe cleaners and yarn and acorn tops and felt, and we could have added to the Wee Folk world. I think I would make my parson a person and not a snowman.

All photos by Rob Goldsborough.