Many years ago when I had young children (three daughters), I would sew as a creative outlet as well as a stress reliever. I sewed clothing and household items, and it was then that I started making quilts. As my daughters grew, they watched me sew. In fact I used to "wear" them in a Snugglie carrier while I sewed. The whirl of the sewing machine would put them right to sleep.


As they got a little older they also wanted to learn how to sew. I thought it would be easy to teach them, but not so much. Sewing yourself and teaching someone else how to sew are two different things. By this time, Lynda Milligan and I had opened The Great American Quilt Factory, so there was a group of people at the store who we collaborated with on how to teach kids to sew. We started having test groups come to the store, both boys and girls, working with them to see how they learned. They all had their own ideas and opinions, so we began to collaborate with the kids as well.

What we kept hearing was "I can do it myself.” They liked games for learning the sewing vocabulary, puzzles to stitch on paper, projects they could make with things they might find around the house, items they could make for gifts, and ways to make things for school. Everything in the book was "kid-tested" and got very favorable results. It wasn’t about what we wanted but what the kids wanted and how they wanted to learn.

We’re so excited that we’ve had the opportunity to update The Best of Sewing Machine Fun for Kids. We’ve remade projects with updated fabrics, replaced some projects with new projects, and the whole look of the book has been updated to appeal to today’s kids—but the concept is still the same. This is how kids want to learn to sew, and there doesn't have to be very much parent involvement.

Just to give you some ideas, here are a few pages from the book: 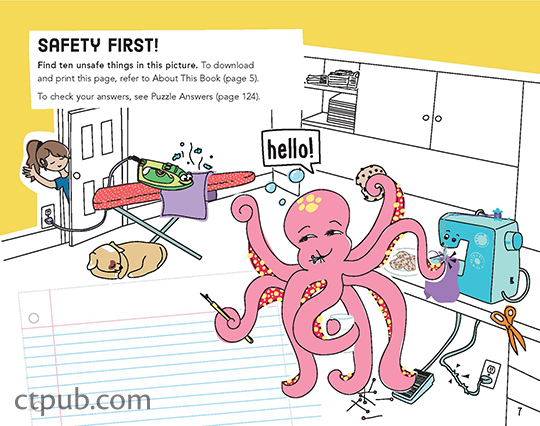 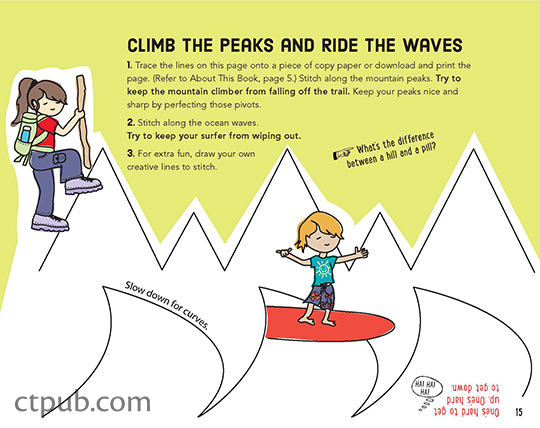 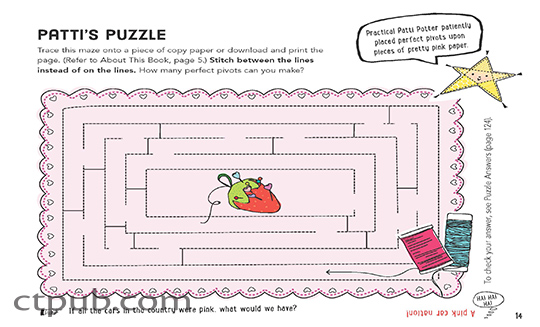