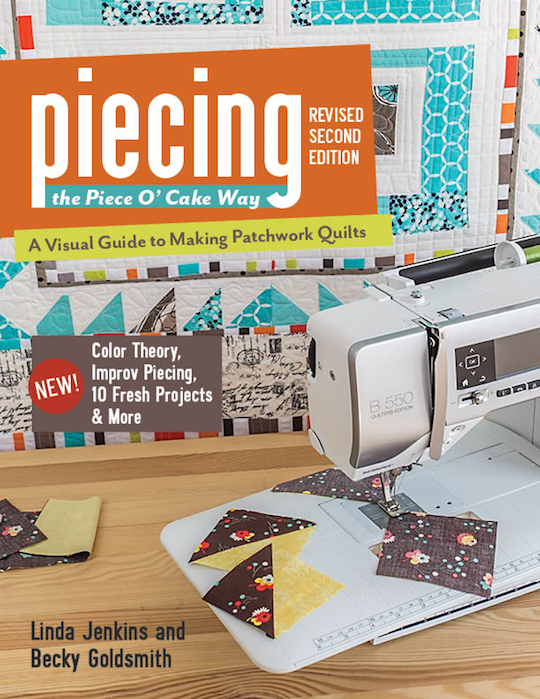 Most quilters know both Linda and me as appliquérs, but we began as piecers and both still love making pieced quilts. For one thing, piecing is a lot faster than hand appliqué!

We wrote Piecing the Piece O’ Cake Way especially for beginners, but also for quilters who may not have had a comprehensive class on how to make a quilt. This book is full of techniques and tips that readers will use in every quilt they make.

Most of Piecing the Piece O’ Cake Way is full of instructions on how to piece with precision, but the last chapter is about improvisational quilting, and that’s what I’m writing about today. Working improvisationally is both easy and difficult. The actual cutting and sewing is easy—you don’t have to worry about matching points or blocks fitting together. The hard part is that every move you make requires thought.

I always place improv blocks on my design wall as I am sewing because you can see how design elements are coming together up on the wall. My plan was to add two more logs to each block, but as I looked at them on the wall, I realized that they were pretty nice as they were. I especially liked the way the outer logs formed what almost looks like a darker border around the four small blocks.

I made a total of sixteen small, off-center blocks, turning them so that they made four larger blocks. 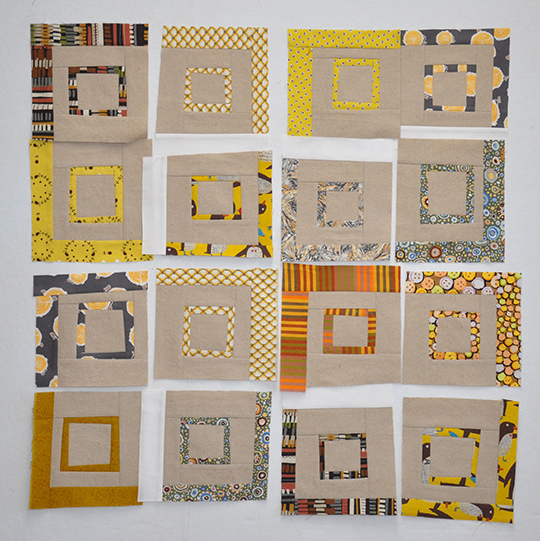 The small blocks were arranged on the wall with space between them. How often do you do that? Place blocks on the wall, with space between, allowing the color of your design wall to show through? I rarely do that, because the white of the design wall has an effect on the way the blocks look. But this time I could see the white, and when I moved my blocks together to cover it, I didn’t like the blocks as well. Darn! My plan changed and I added white fabric to my blocks. 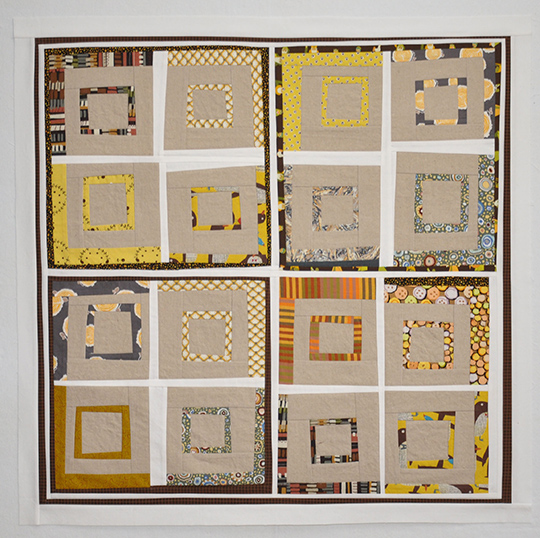 The quilt needed a border. I began by piecing some blocks with strips and arranged them around the quilt center.

Again, I liked the way the white of my design wall interacted with the blocks, so I added more white fabric. 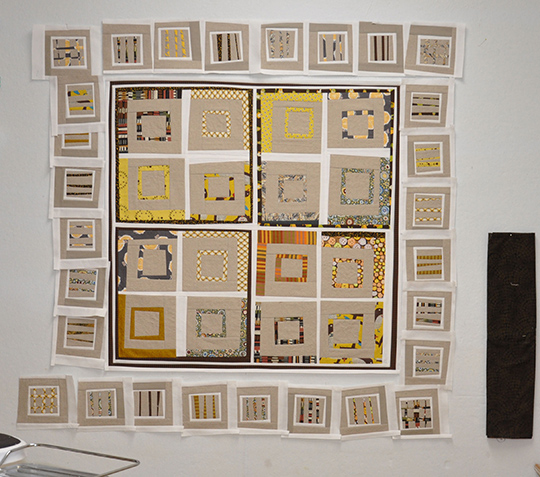 You can see the influence of my design wall shining through in the finished quilt: 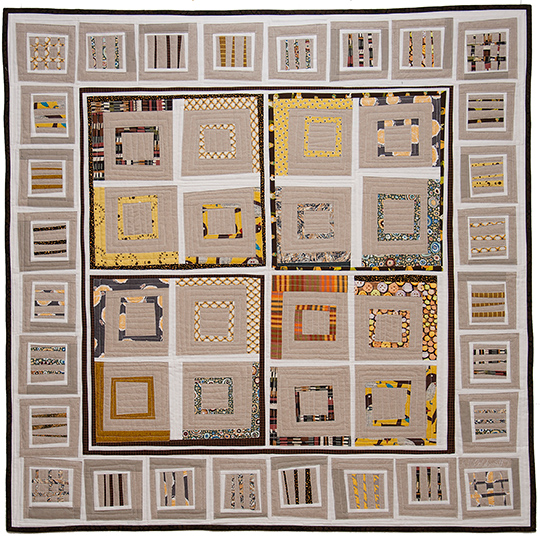 The takeaway here is that when you are designing a quilt with blocks that will be sewn together, let them touch on the design wall. If you let the design wall show between the blocks, you might end up missing it later—or adding white to your quilt.