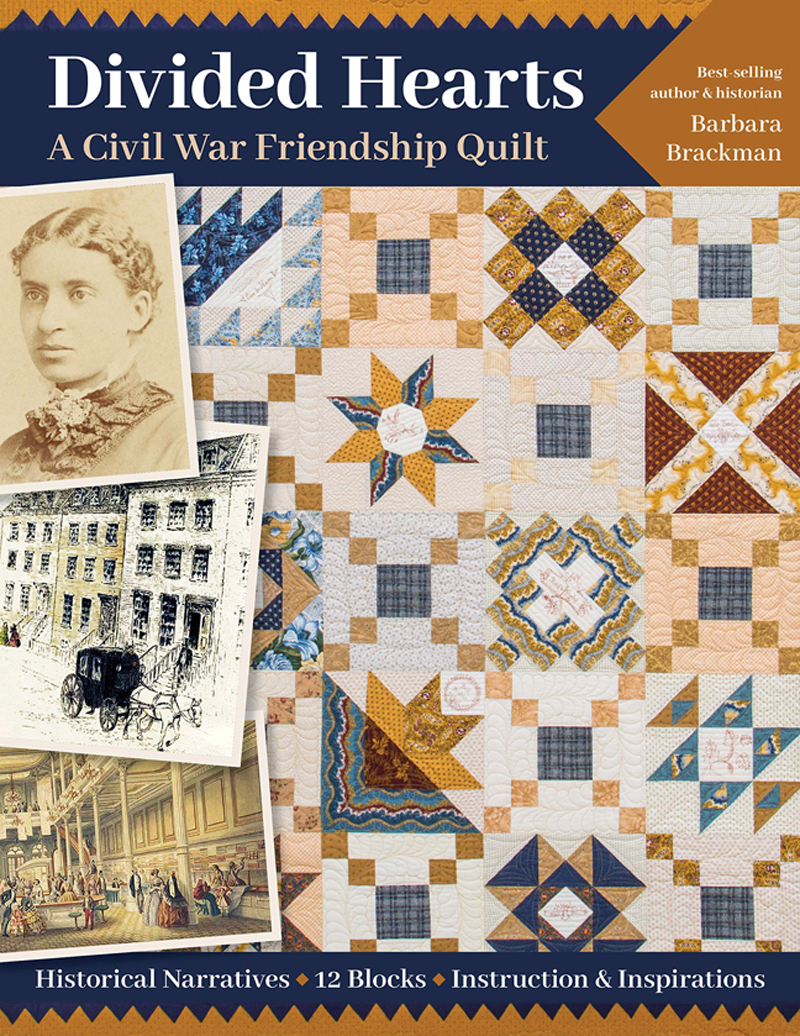 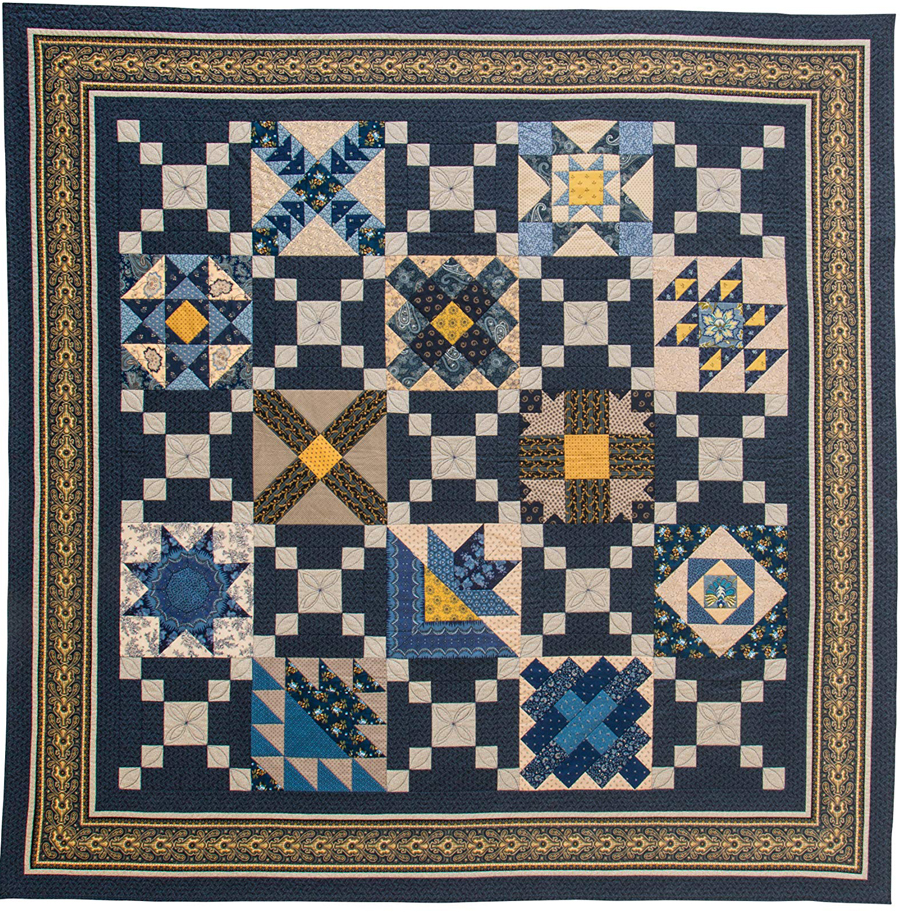 It's a group project that started out as a Block-of-the-Month pattern a few years ago on my blog at CivilWarQuilts.blogspot.com. Model-making pen pals stitched the first blocks and readers followed with their own versions of each of the twelve pieced blocks. The book is full of their work, blocks and finished quilts, as well as twelve histories on the book's theme--- women's relationships across the Mason-Dixon line with hearts divided by Civil War. 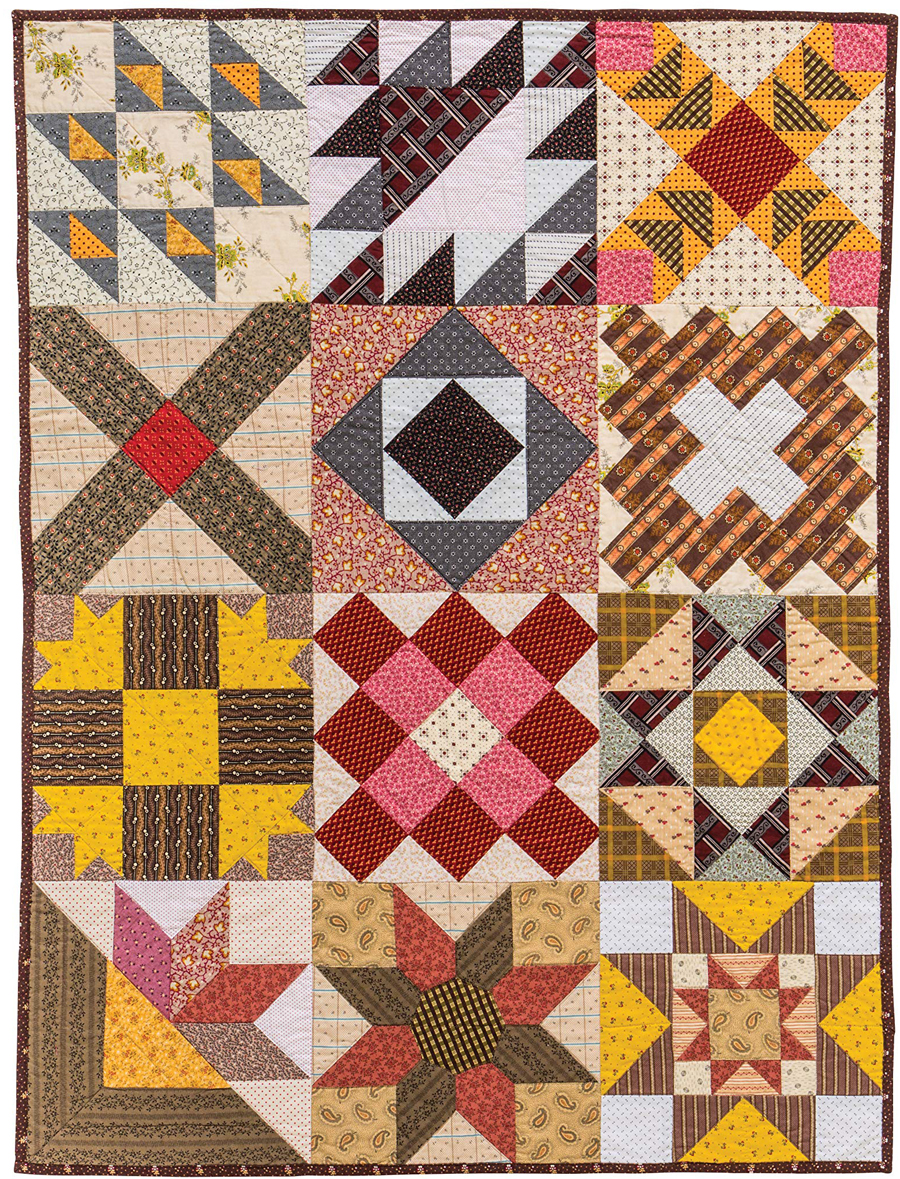 One woman I trace is Caroline Russell Seabury who left her home in Brooklyn, New York, to teach in Columbus, Mississippi seven years before the Civil War. In some ways Caroline grew to be a Southerner although she never believed the South could win. Soon after war began she was fired for being a Yankee, but it was too late to go home across the battle lines. Two years later she hatched a plan, an undercover wagon ride with a cattle drive north to the Mississippi River controlled by Union troops. She waved down a passing boat of soldiers with a home-made U.S. flag and made it back to New York.

I chose a dozen popular patterns found in antebellum album quilts and gave readers the basics. I enjoyed watching them set off in their own directions. Some relied on their reproduction print stashes to make historic replicas; others jumped ahead to contemporary taste in fabrics and sets. It certainly will be fun to see what a new group of readers will come up with. 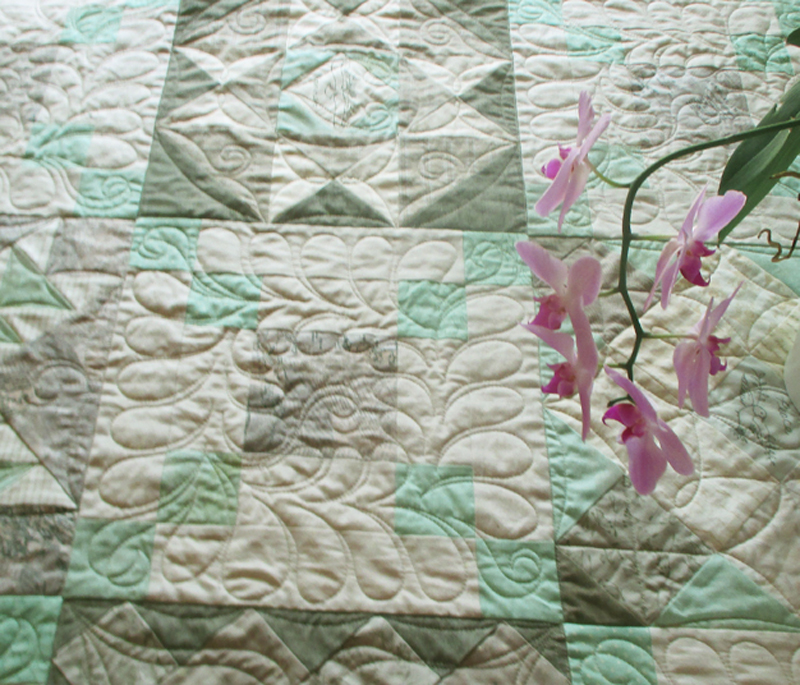 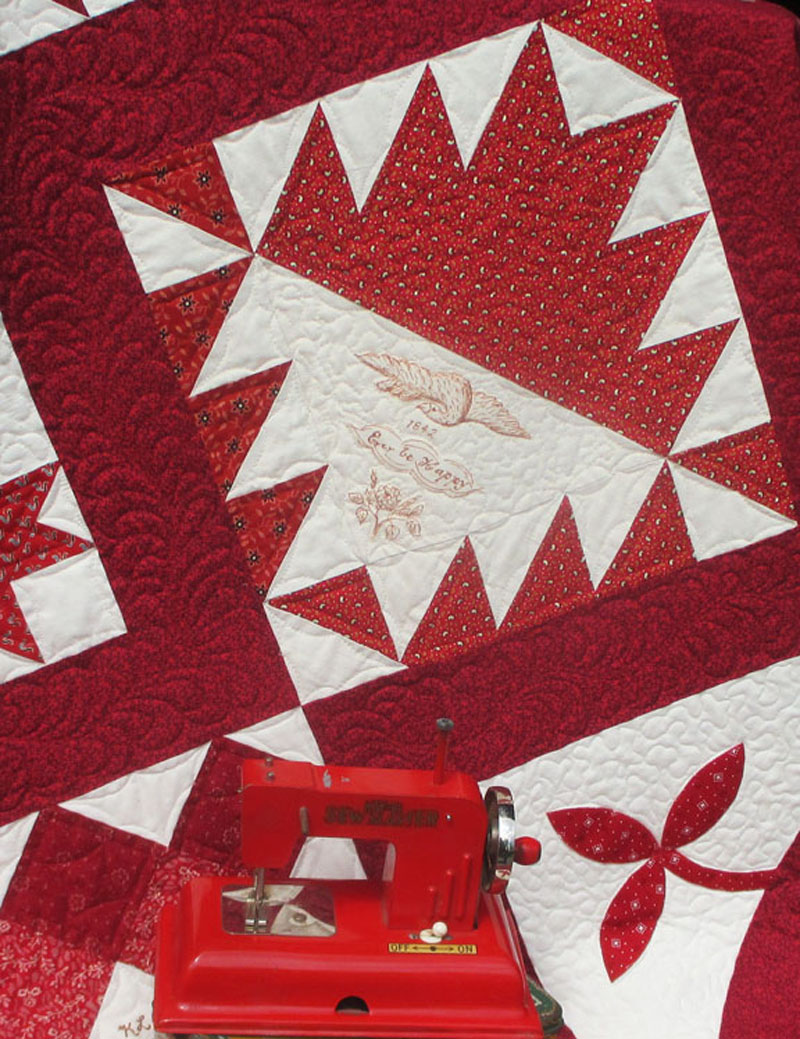 The idea of antique album quilts inked with names and sentiments is another theme in Divided Hearts. Each pattern features an inked image to trace. 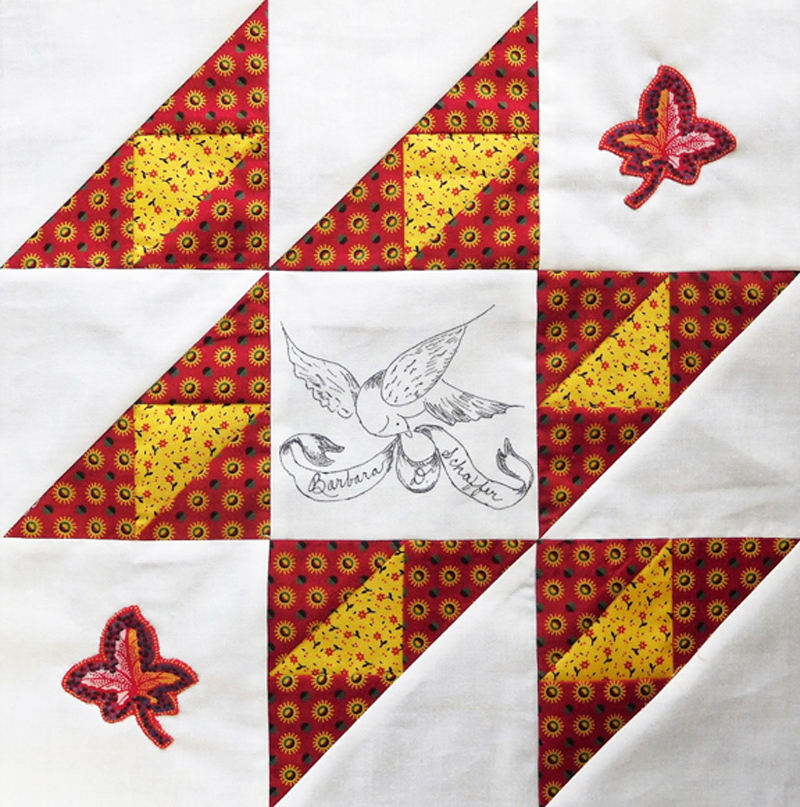 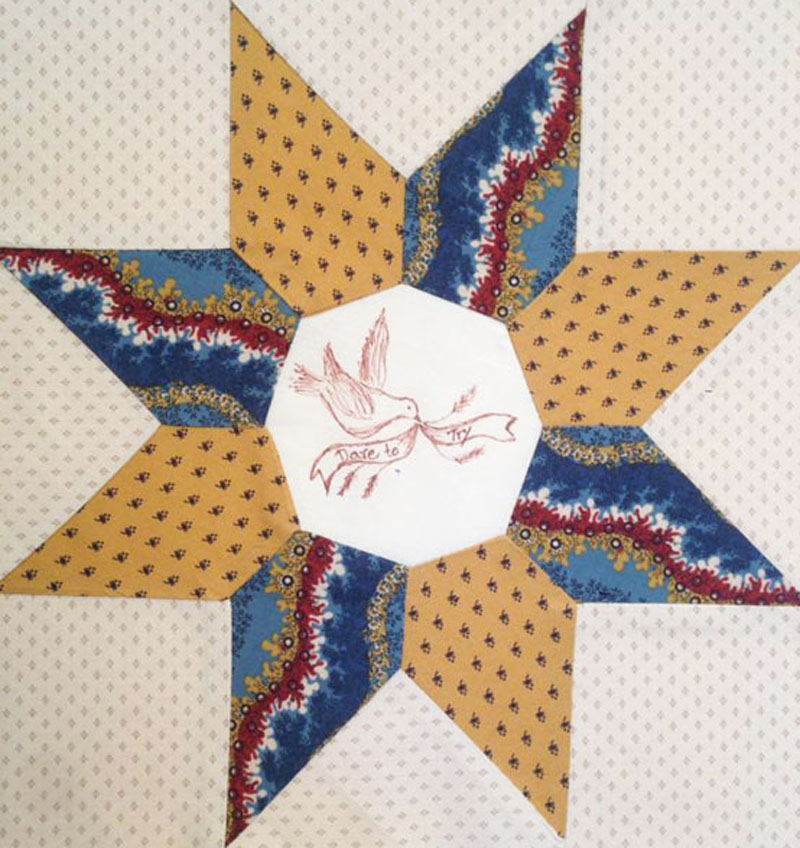 Sara Reimer Farley. Sara’s Civil Quilt is on the cover, inked with mottoes of exemplary ideas.

Newspaper illustrations must have influenced some of the inked images. 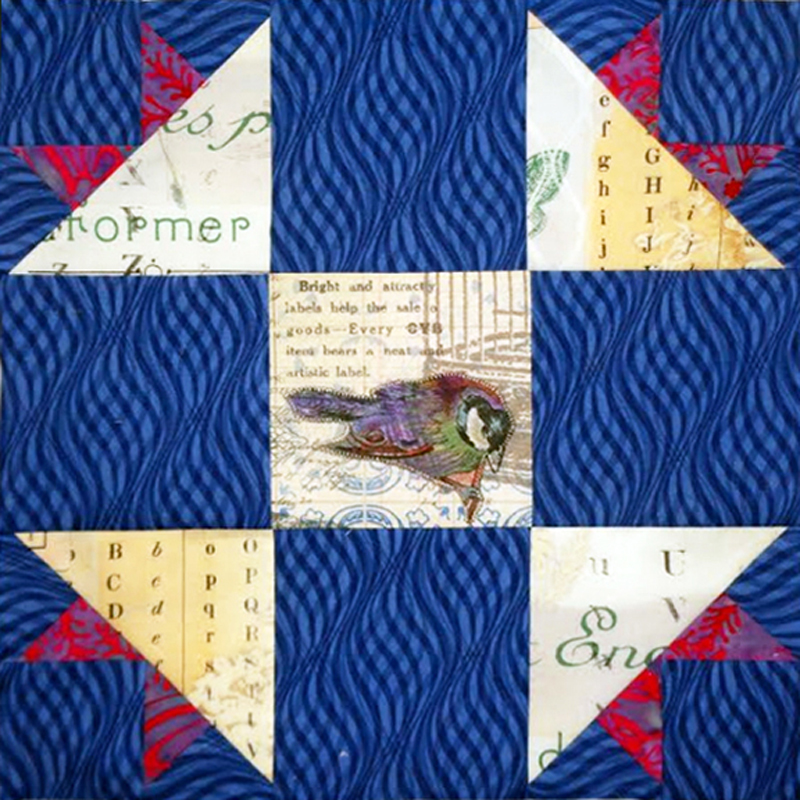 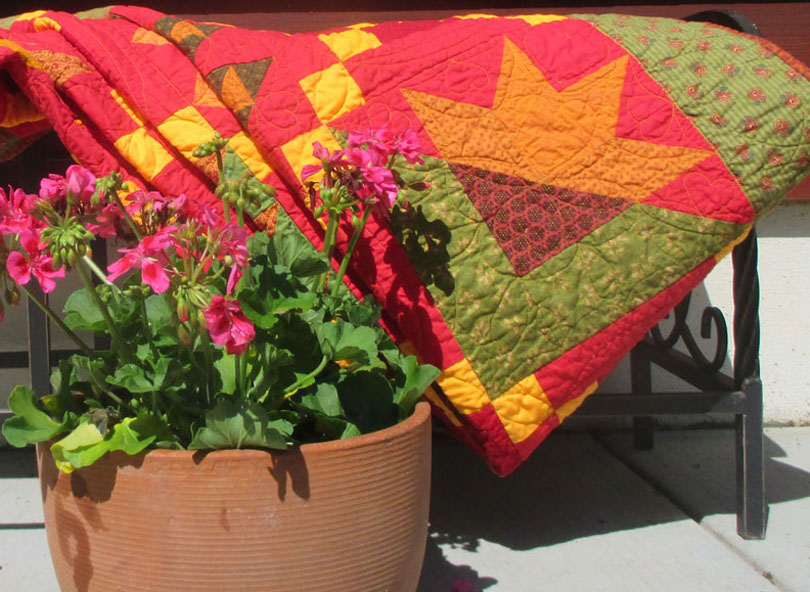 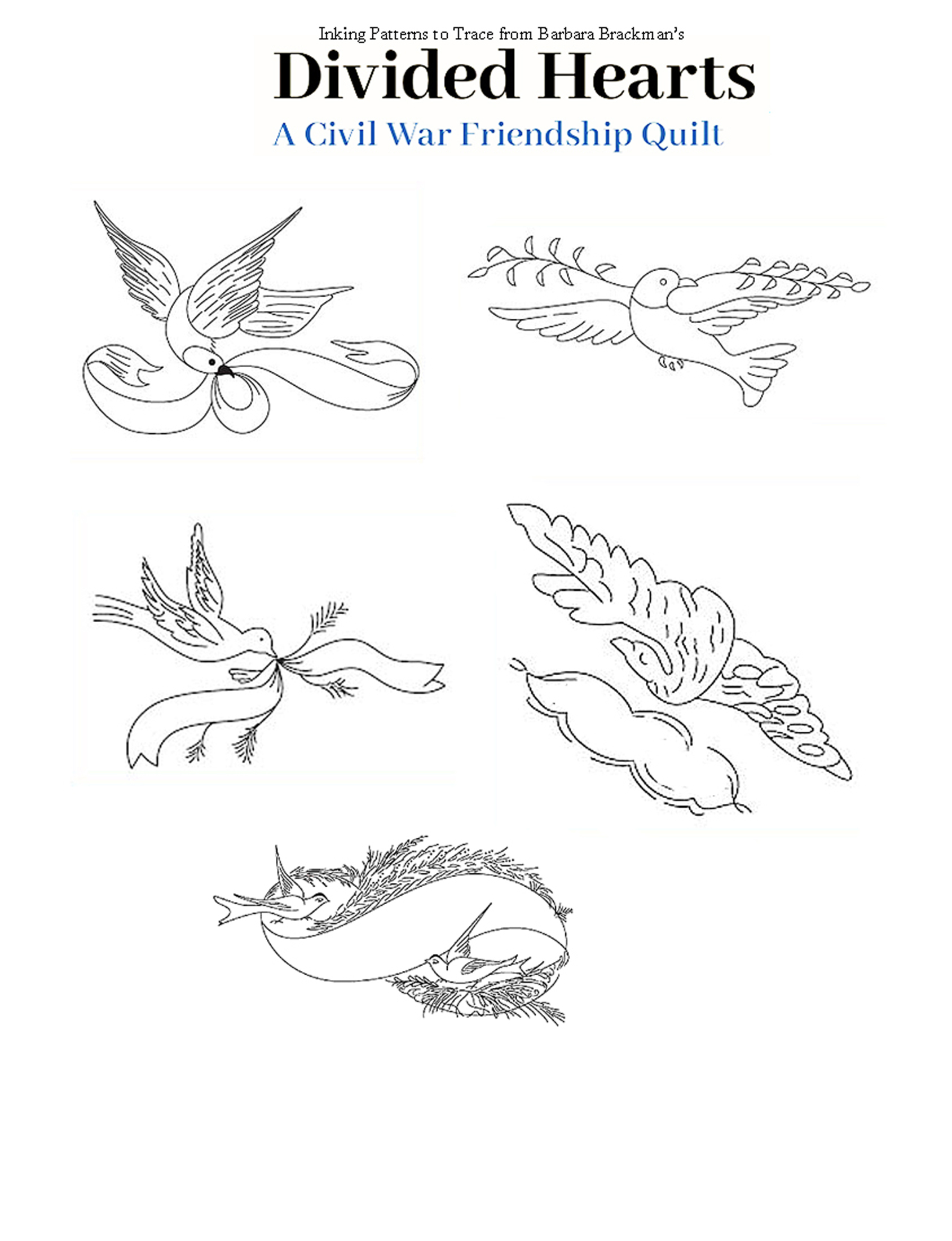 Print this 8-1/2 x 11” sheet with a few of the inking pattern, five bird designs to trace.

We’ve got a Facebook group for the Divided Hearts/Antebellum Album quilts. Ask to join. We'd love to have you.