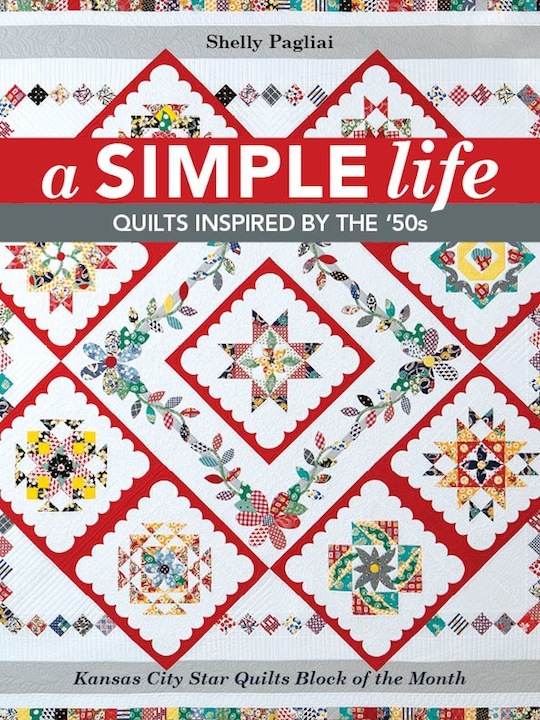 The star of A Simple Life, author Shelly Pagliai's first book, is the block-of-the-month quilt Hazel's Diary. Who is Hazel? Shelly Pagliai's mother, a farm girl growing up in Kansas in the 1950s. And why the diary? Well, Shelly was inspired to design this quilt, a gorgeous mix of piecing and appliqué, when she discovered her mother's little red diary–a five-year, line-a-day diary given to her at Christmas when she was fourteen. For the past six years, Shelly has been transcribing the diary entries, one a day, to the Hazel's Diary blog. She's also been dreaming up blocks and borders that represent different pieces of her mother's life. 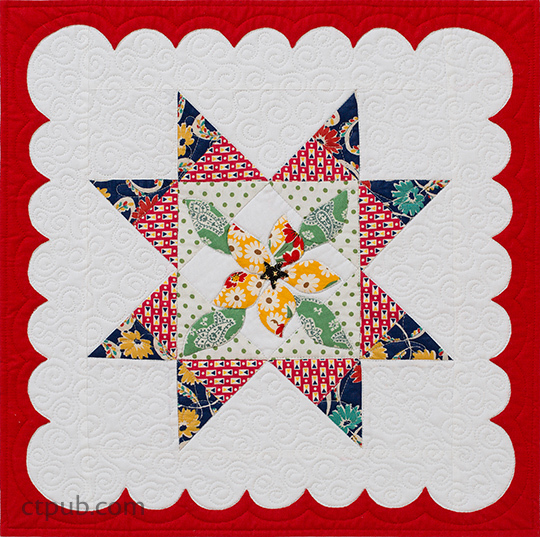 The first block is based on the traditional Missouri Star quilt block, chosen because Hazel was born and raised and lived her entire life in Missouri.

The wildflower appliqué sports five lovely petals, one for each member of Hazel’s family—Hazel; her mother, Mildred; her father, LaVern; and her two brothers, Donald and Larry, otherwise known as Buck and Puz. 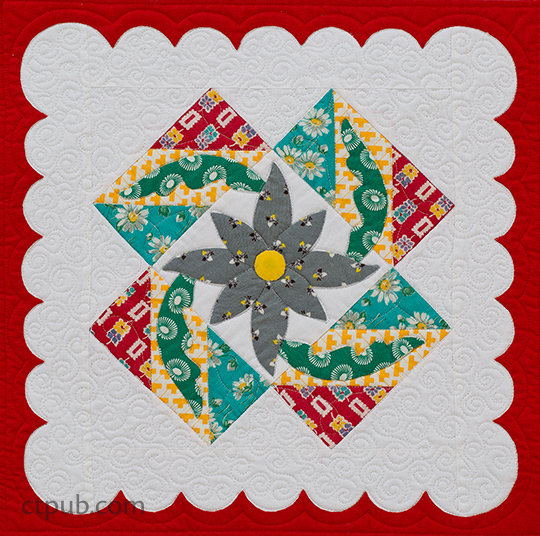 This block is called Canasta. Hazel mentions playing canasta so many times throughout the diary. It was a card game the whole family enjoyed. Back in the early 1950s, families sure had different ways of entertaining themselves than they do now! 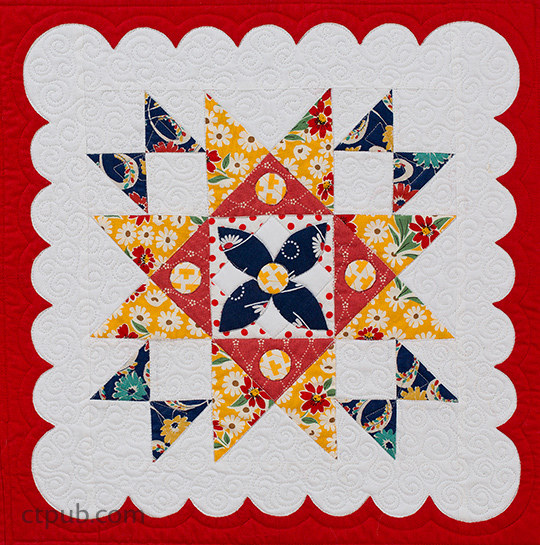 This block is called Fancy Farm Girl, a tribute to all those farm girls doing their chores in dresses and patent leather Mary Janes. Shelly has a great photo of Hazel's cousin doing just that on her blog! 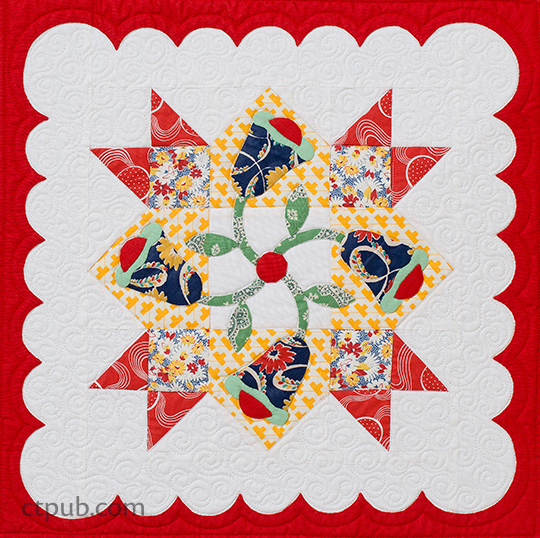 This block is called Fair Weather. Based on the traditional block called Weathervane, Shelly designed some windblown flowers to appliqué on top of it. It commemorates a period in Hazel's life when everything was going well for her–her singing trio got to perform on television!