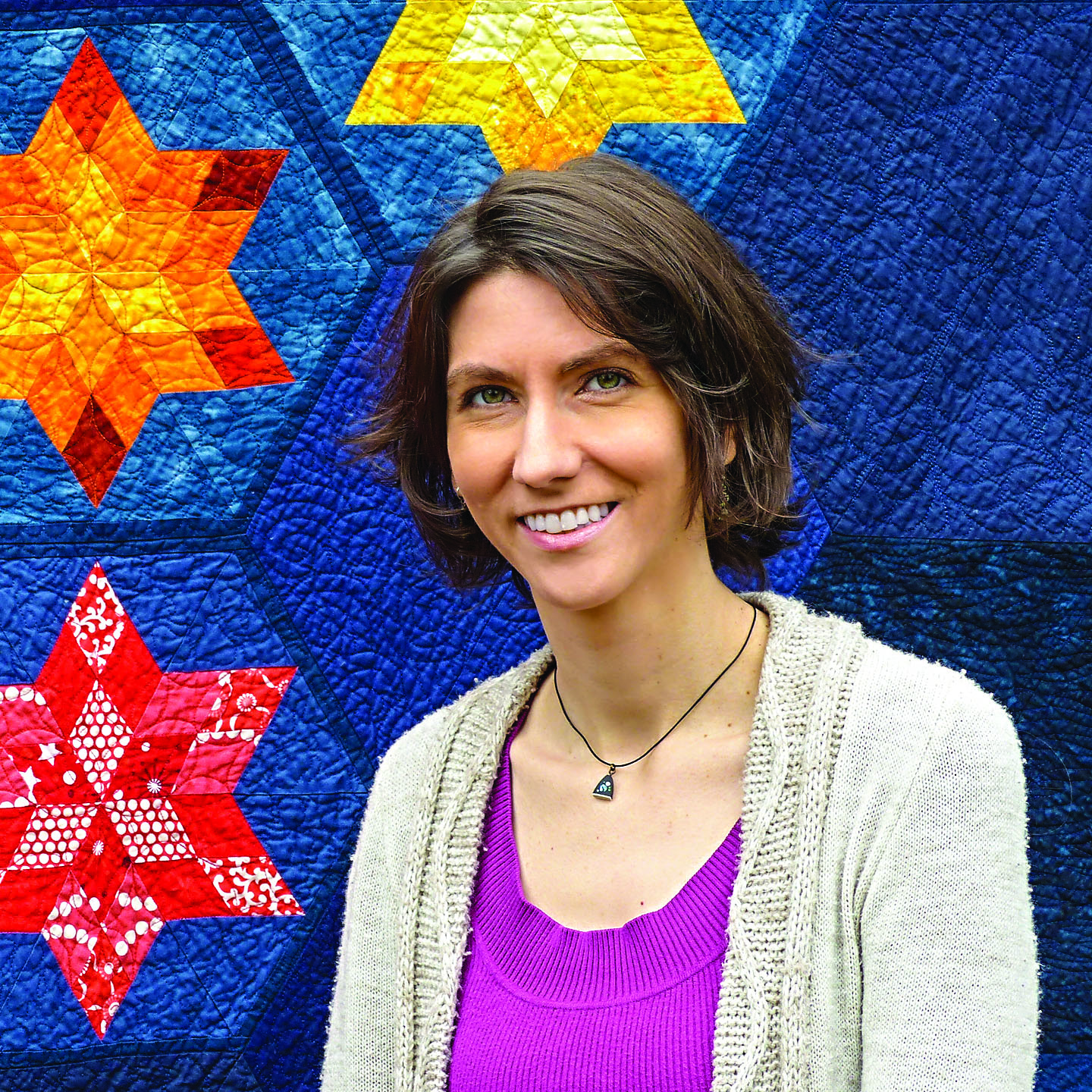 Sylvia Schaefer is a pattern designer and award-winning quilter.

She holds a Ph.D. in Marine Science, and her background in science often inspires her quilt designs, both directly and indirectly. Her quilts and patterns have been published in magazines both online and in print, and her work has been exhibited and won awards regionally and nationally, including ribbons at Pacific International Quilt Festival, American Quilter's Society show in Paducah, and MQX, among others.

In 2017, she was awarded the second annual Craftsy Quilt Designer Fellowship, allowing her to start her own line of printed patterns sold in quilt shops around the world. She has also appeared on camera in Fresh Quilting and Patchwork Nation. Sylvia blogs at flyingparrotquilts

From this author:
The Quilter's Negative Space Handbook