In her new book, Smocking Secrets, cosplayer and costume maker Maggie Hofmann proves that smocking can be used to create a wide variety of effects that are perfect for cosplay. 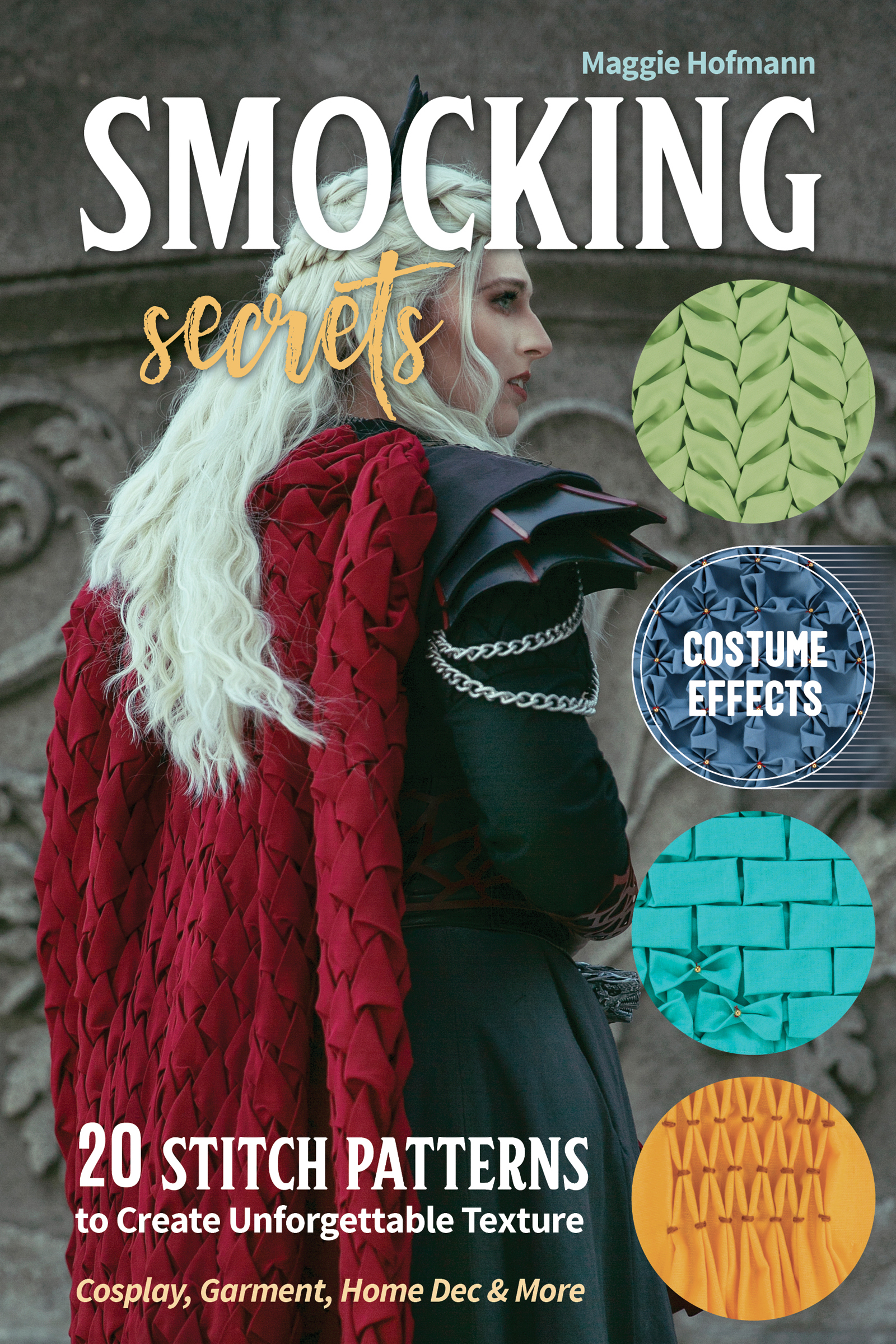 At first glance, Hofmann says, the intricacies of smocking make it look like a complicated process. But she says it actually is an easy technique to master, requiring more patience than anything else after you learn the basic stitching skills. 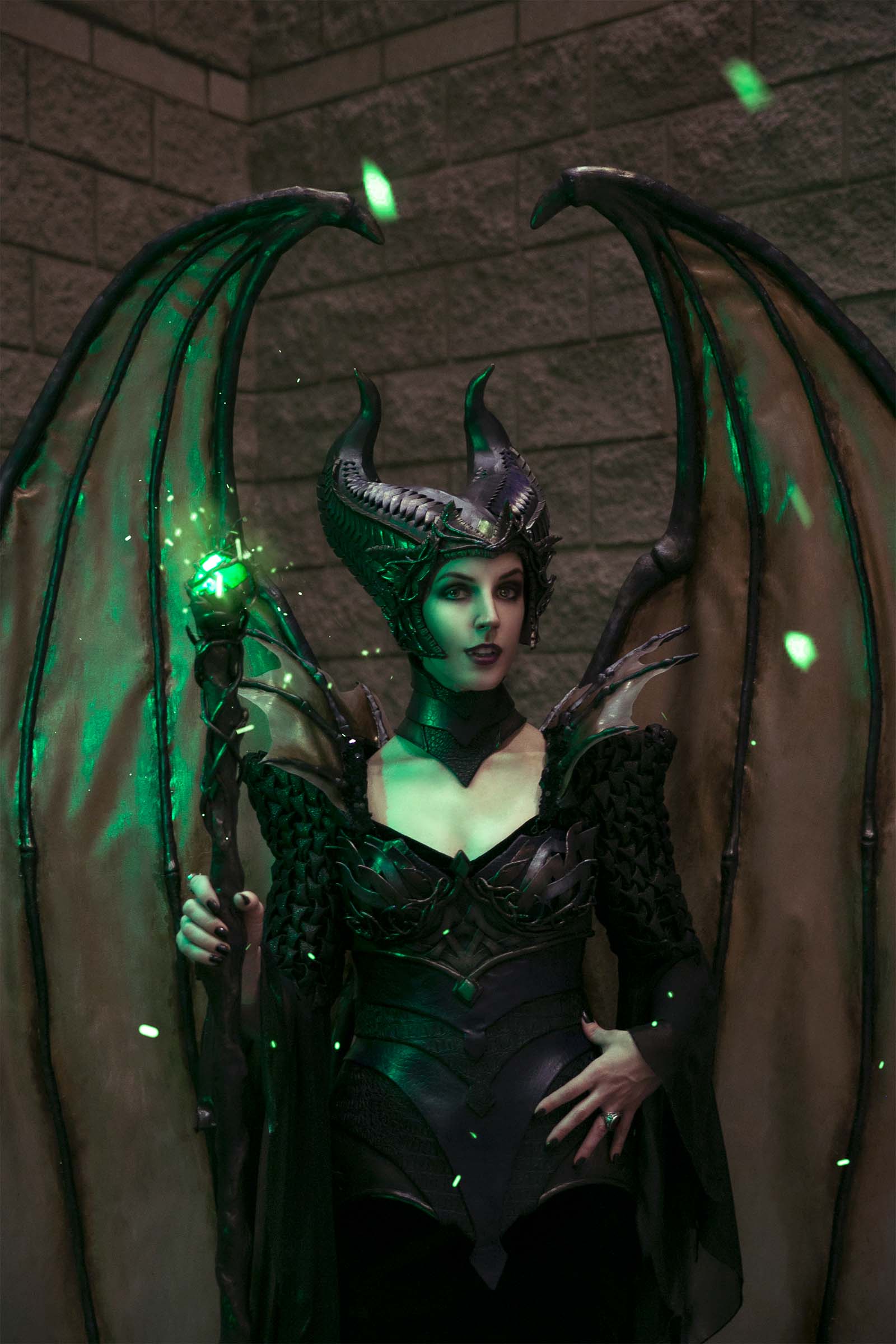 Arrow-smocked sleeves made and worn by the author, who is on Instagram as @PaisleyandGlue. PHOTO BY:  Alexandra Lee Studios. COSTUME SOURCE: Original design by the author based on Maleficent from Sleeping Beauty

Smocked details are beautiful and can add fullness or stretch to a garment, as in the collar, cuffs, and waistline of this costume. 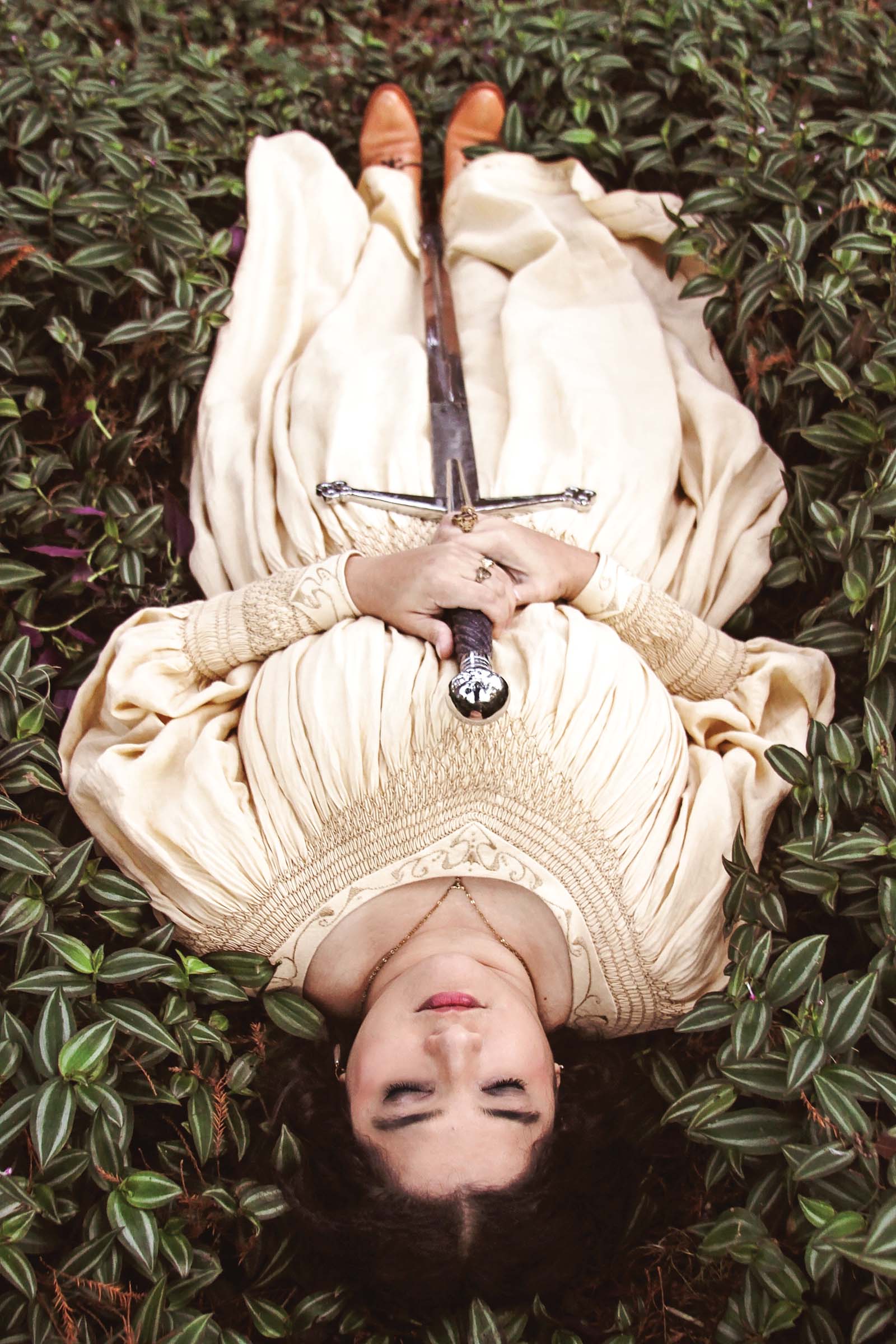 Smocking can be an important addition to a wide variety of techniques used in a garment, such as this skirt and sleeves featuring beginner-friendly shell smocked details. 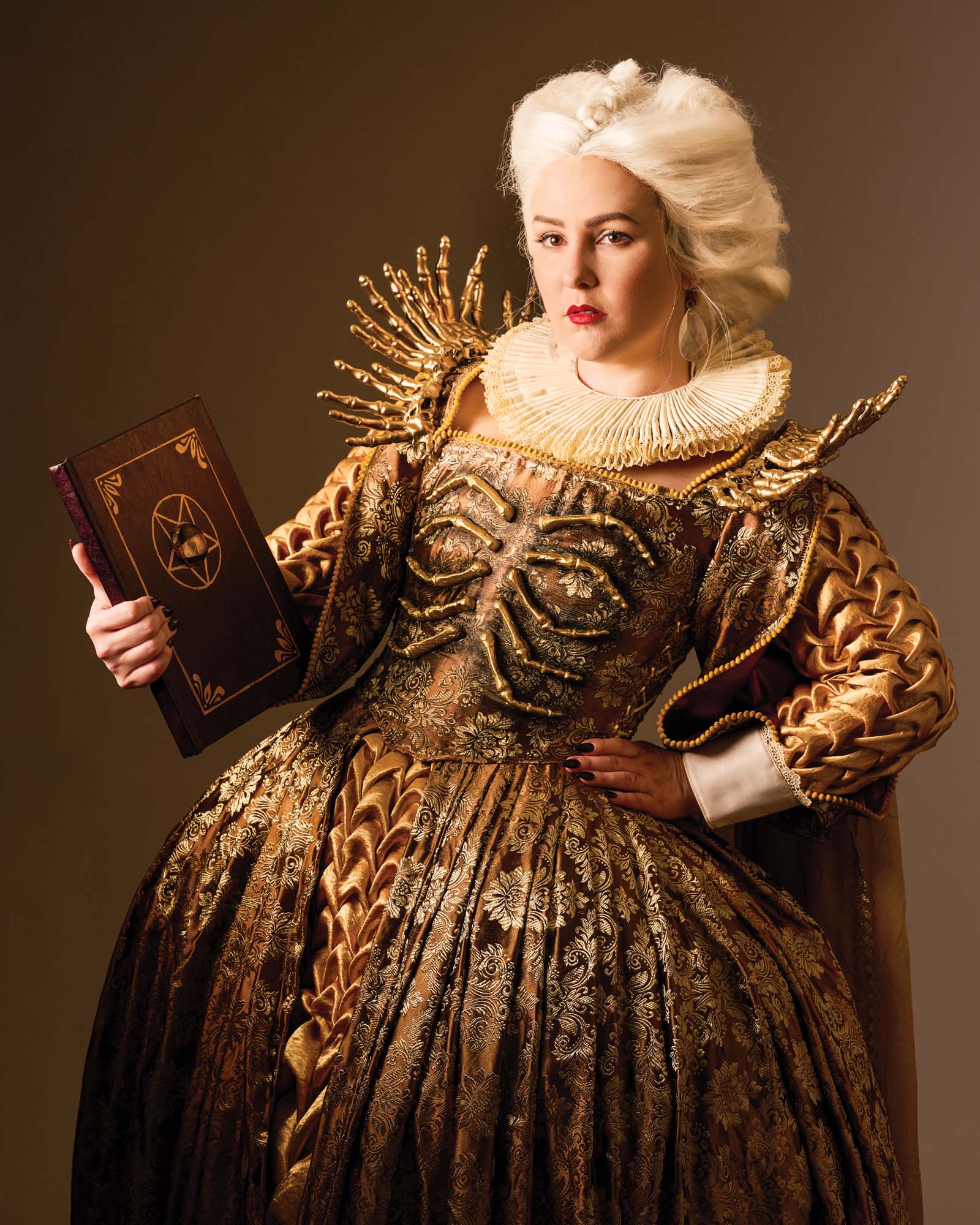 Sleeves and skirt featuring shell smocking, made and worn by Archaic Costumes, PHOTO BY: Dan Arango. COSTUME SOURCE: Costume: Based on Sabrina from the Chilling Adventures of Sabrina

And look at how the honeycomb smocking in this skirt works perfectly with the other elements in the costume. 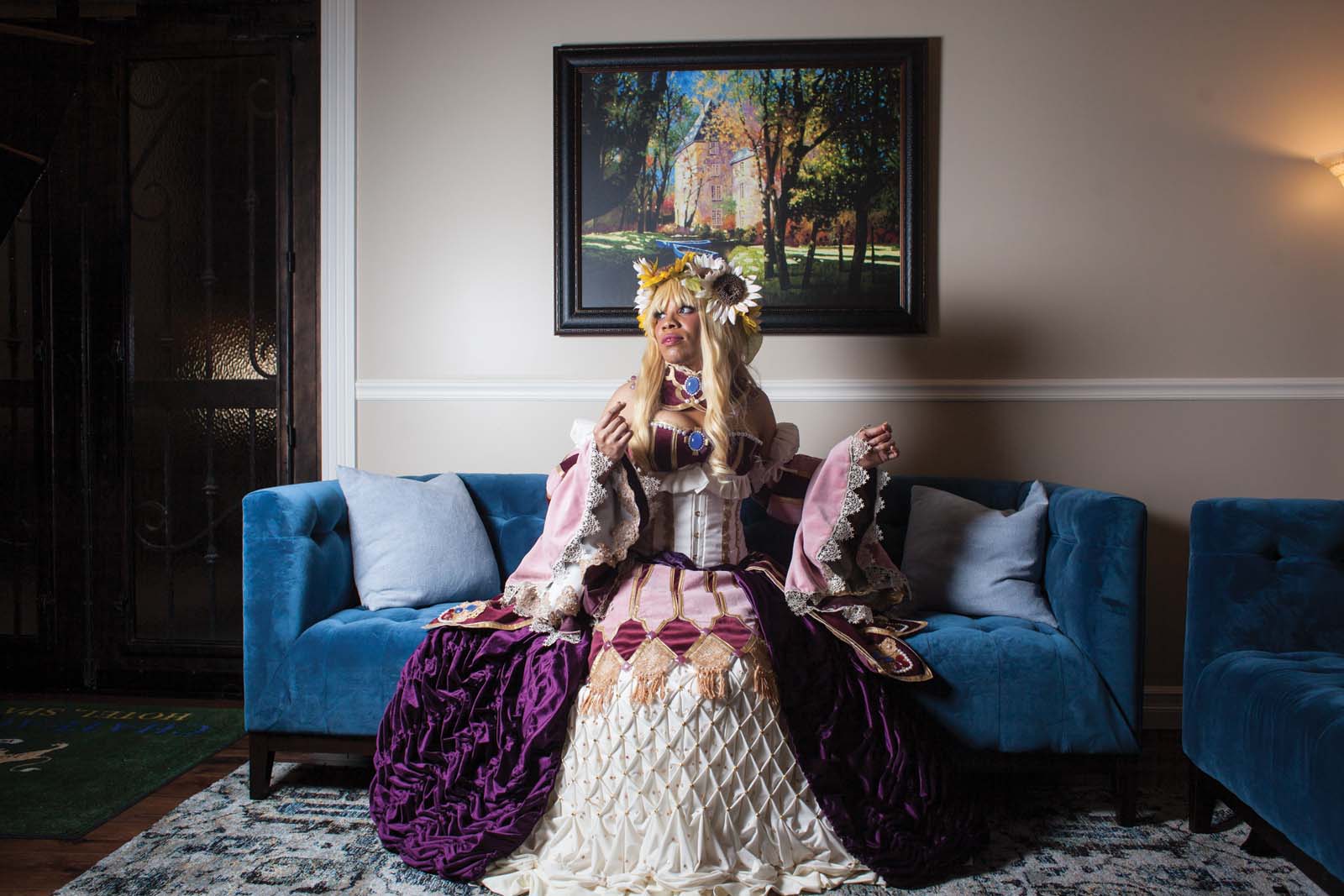 Skirt with honeycomb smocking, made and worn by Pro of Pros and Cons Cosplay. PHOTO BY: Noah Smith Images. COSTUME SOURCE: Original design and character, Juliette, by Sakizo

And the designs are so versatile! An overall arrow pattern really brings the drama to this cape. 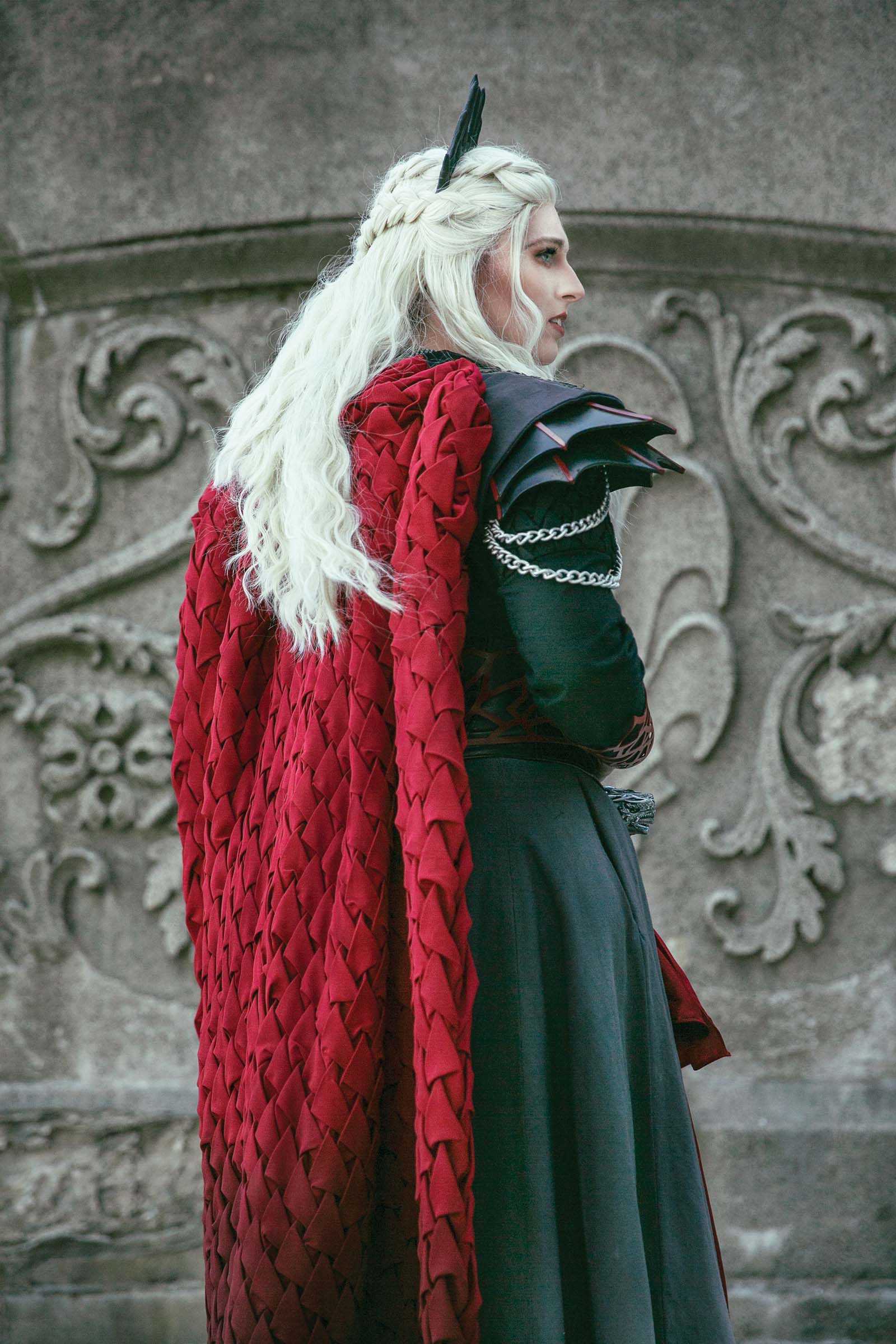 Arrow smocked cape, made and worn by Lady Kitz Cosplay. PHOTO BY: Alexandra Lee Studios. COSTUME SOURCE: Costume design by Hannah Alexander based on Daenerys from Game of Thrones

And here the arrow pattern is again—just right for these eye-catching snakes. 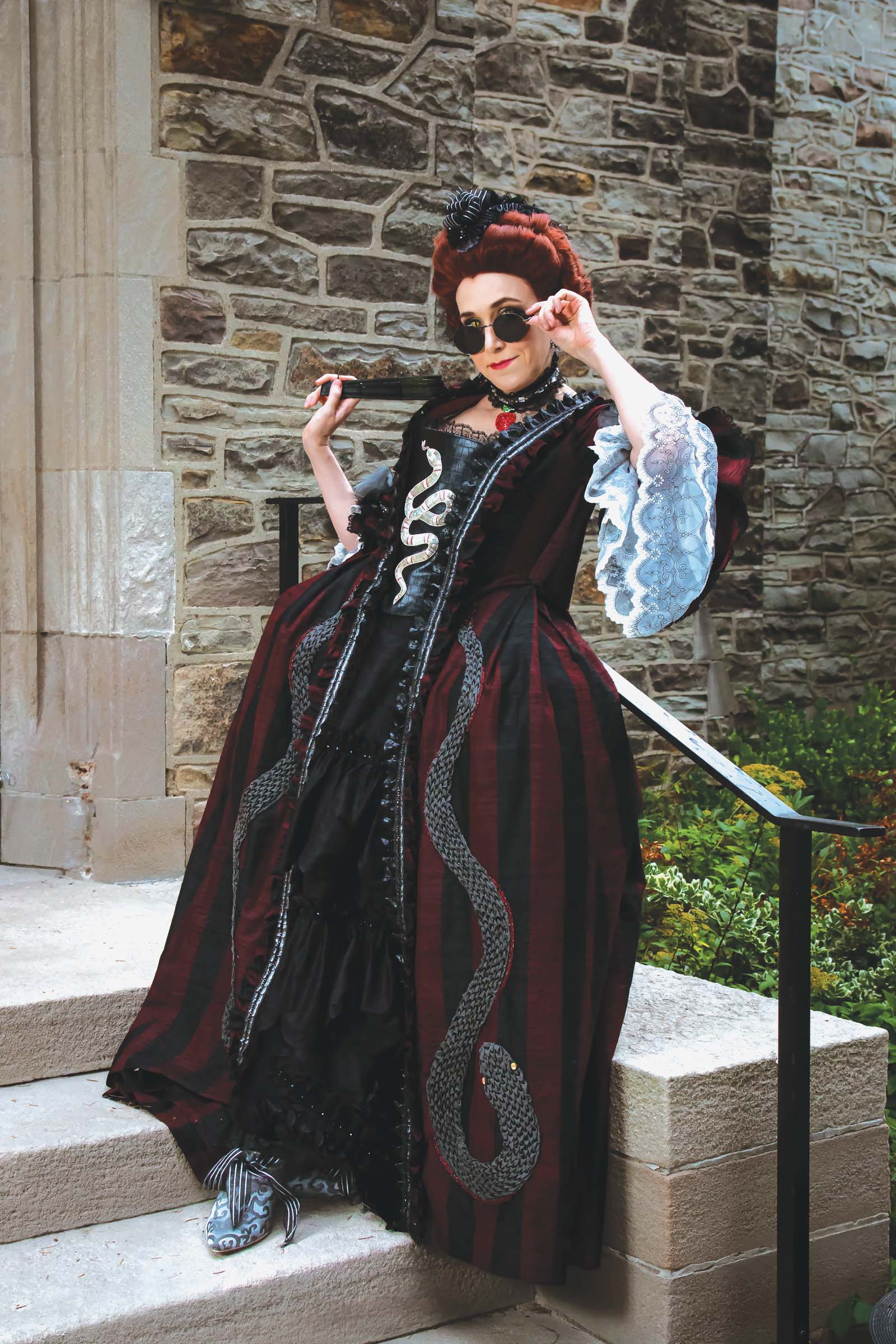 Appliquéd arrow smocking in the snake detail, made and worn by Sarcasm-himé. PHOTO BY: Elemental Photography and Design. COSTUME SOURCE: Original design by Sarcasm-himé based on Crowley from Good Omens