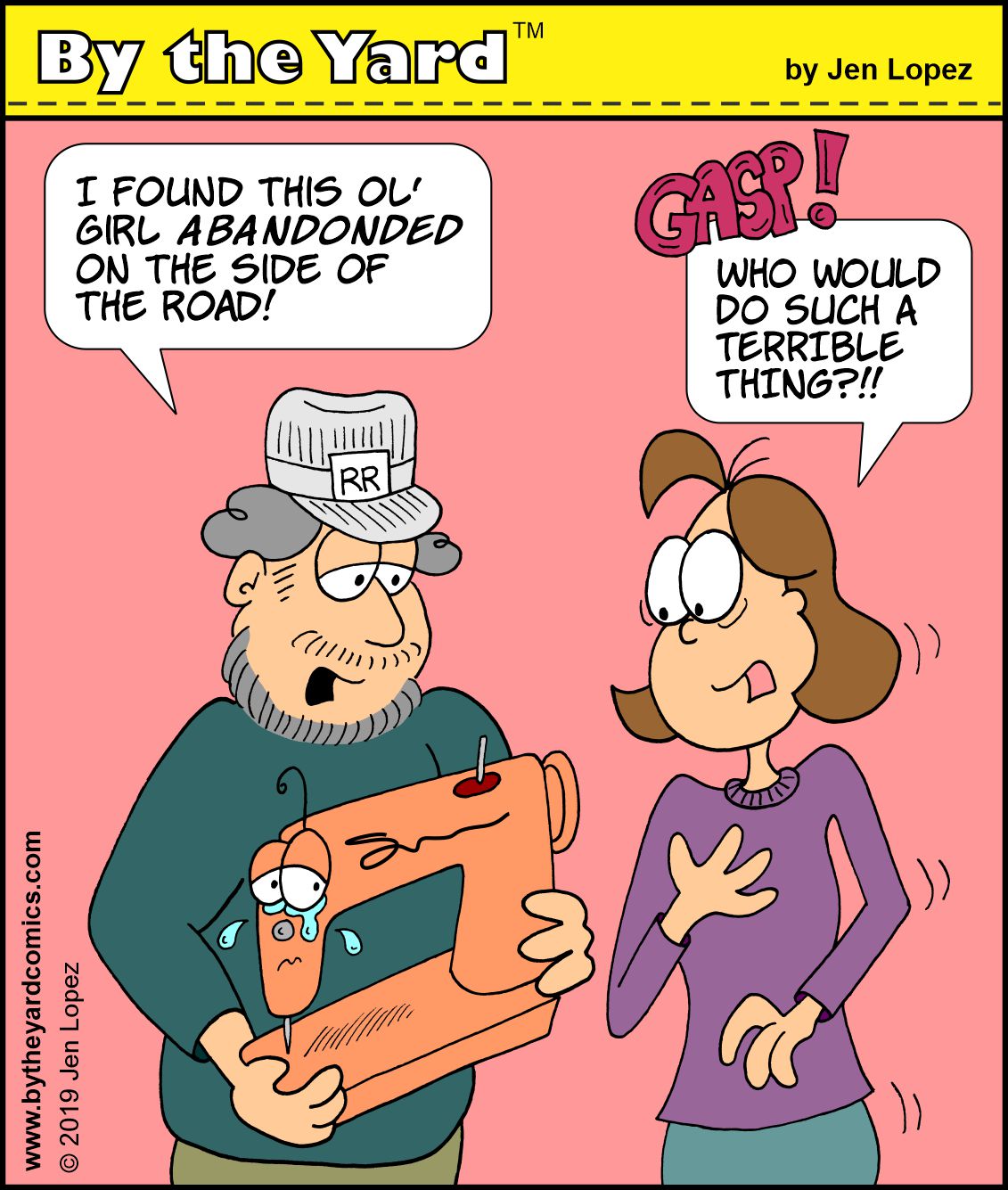 I learned to use a sewing machine at an early age, around 5 years old. I remember thinking hand sewing took too long (impatient from the start!) and for some reason my mother let me use her sewing machine, a Singer 301A. I’m guessing she allowed it because she thought my interest would be fleeting and there was no real threat to her sewing machine’s health and safety. Note that concern for me potentially running over my tiny hand never crossed her mind.

As the years went on, I did not relent. I used her sewing machine all the time. I think she didn’t like it. She could hear me clunk the sewing shears down on its perfect enamel finish from the other side of the house and was quick to scold me for it. I got tired of this, but I wanted to sew so I just tried to be more careful.

My Grandmother came to the rescue several years later. Grammy grew up in the Depression and was frugal to the core. Money had long ceased to be a challenge in her life but she remained an avid flea market frequenter and yard sale junkie… not to mention dump-picker, but that is another story. At some such event she picked up a sewing machine for $5. She brought it over one day and excitedly announced “Jenny, I bought you a sewing machine!” Knowing Grammy’s penchant for flea market finds, I was more than curious. I popped open the original case and to my delight and amazement, there was my very own sewing machine. It was a Singer 66, known now to collectors as the “Red Eye” due to its characteristic horizontal red lenses on either side of the Singer name. Incredibly, the owner’s manual was still in the case. It was dated 1917. Even though I wouldn’t become a degreed Mechanical Engineer until 10 years later, little Junior High me figured out she had started life as a treadle and then later was motorized with some kind of clunky add-on kit.

I only cleaned and tuned it to the extent an untrained kid could figure out on their own – removing jammed up bits of thread, wiping off gobs of lint-encrusted grease and installing a new, sharp needle. That’s all I did and she ran like a charm on the very first day. I ended up using that old Red Eye all the way through high school (making an entire Prince-inspired wardrobe, of course) and college. She weighed a ton, but I took her with me everywhere I moved and she remains one of my prized possessions.

My Grandmother has long since passed and I have had the opportunity to use newer, more “feature rich” sewing machines, but in my opinion, nothing sews better than the Red Eye. Every stitch is literally perfect. I could go into the nerdy engineering explanation of “why” (metal gears, not a fussy computer servo, determine where the needle goes) but suffice it to say, they really don’t make ‘em like they used to.

I see a lot of old sewing machines cast out on the side of the road. I ALWAYS stop and pick them up. If I can make them run again, I will use them. If not, I just keep them in my collection. I have 16 or 17 by now, but nothing has replaced my Red Eye, neither in its perfect stitch nor in my heart.

Please join us here every other Wednesday for another fun, fiber-filled installment of By the Yard. Be sure to check out the By the Yard™ 2020 Wall Calendar for Quilters and our new line of Greeting Cards for Quilters at http://www.bytheyardcomics.com.