"She cared for him with a devotion bordering on obsession"

"We were in the grip of an obsession powerless to resist"

“We thought we were just picking up a fun hobby skill but found ourselves in the grip of an obsession powerless to resist.” 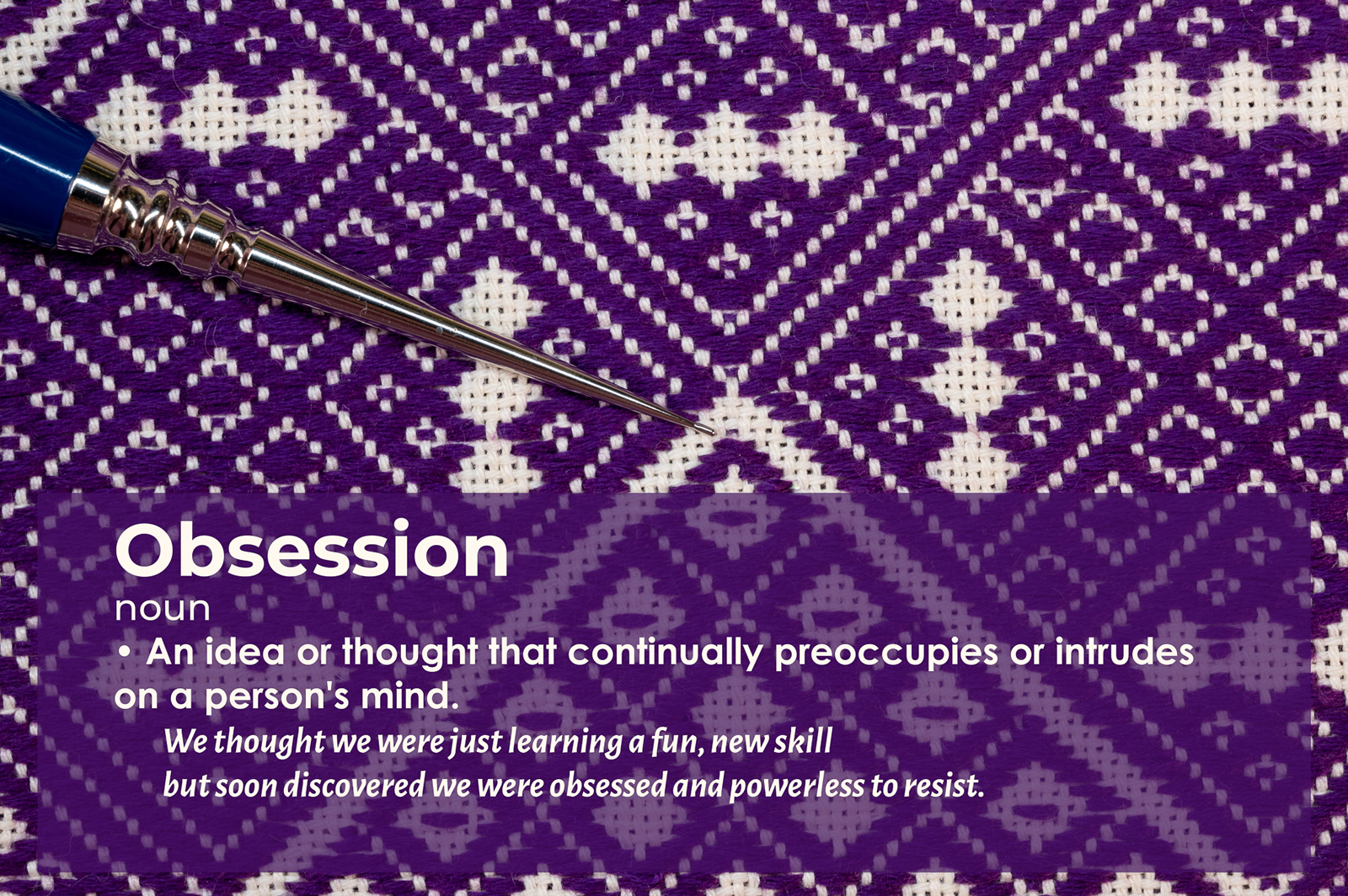 The artform of Sashiko is broken into various disciplines, each with their own styles and rules. In our first book, Boro and Sashiko: Harmonious Imperfection we shined a light on Hitomezashi and Moyouzashi sashiko. However, during our research we were exposed to a third style; one that was very different visually and technique wise than those first two: Kogin-zashi. After seeing just a few pieces of kogin sashiko we were, yes, obsessed; obsessed with the styling and artistry of the stitching and with the potential applications. This is where our philosophy to always Embrace the Creative Chaos led us on another journey into the complex, beautiful, and enthralling world of sashiko stitching. We quickly found ourselves deep down another branch of the rabbit hole. With this, our second book on sashiko, we explore kogin-zashi—the counted-thread branch of the sashiko family. If you know us at all, you know we are happy enablers of creative chaos, so it won’t surprise you at all that we are thrilled to present to you, Contemporary Kogin-zashi: Modern Sashiko Beyond Filling in the Gaps. Let’s take a look! 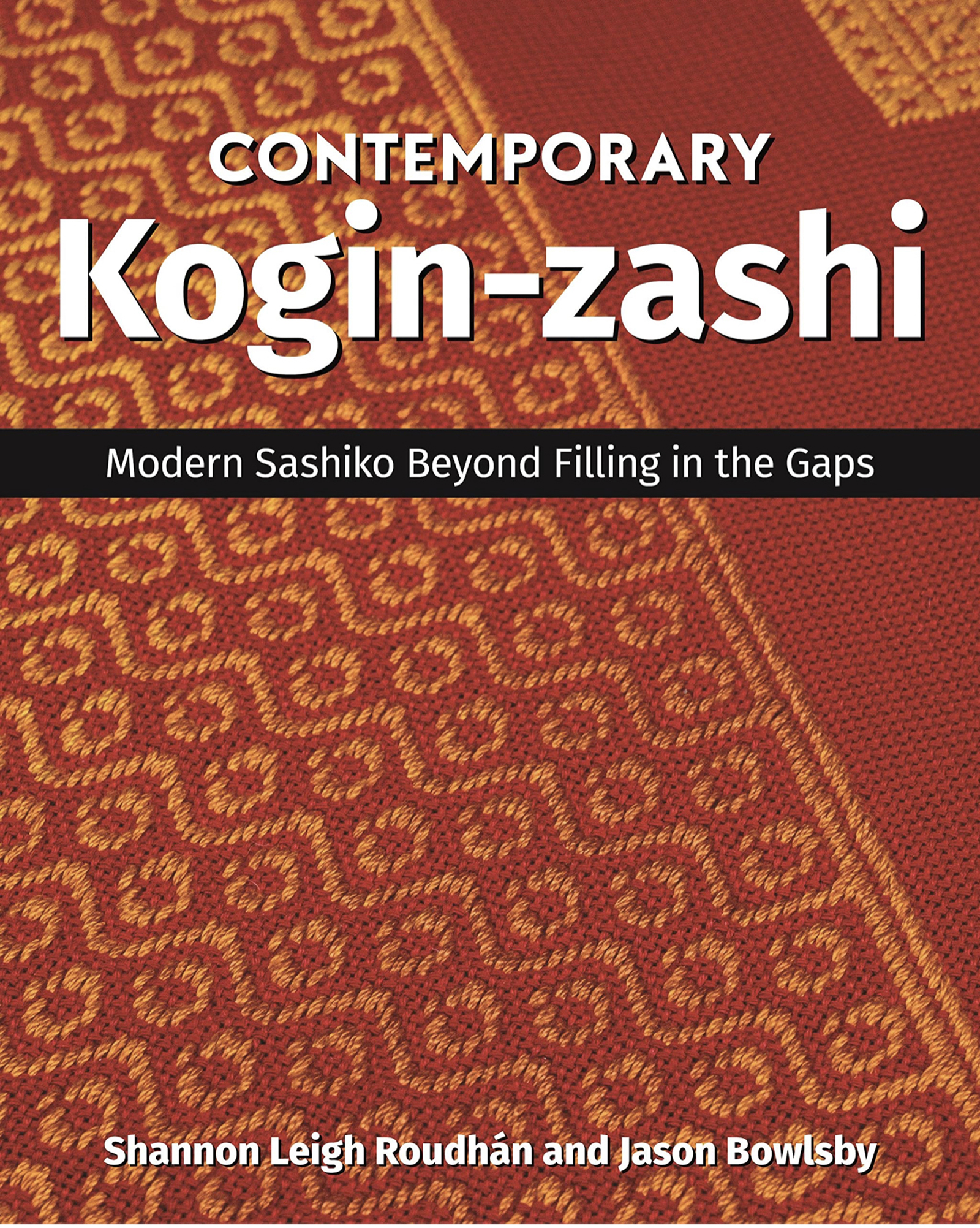 Kogin-zashi is an iconic form of sashiko which stands on its own apart from Hitomezashi and Moyouzashi as both functional and breathtakingly beautiful. Based on the concept of filling in the gaps of loosely woven fabric, this Japanese mending and beautifying technique was historically used as a survival necessity as much as an act of defiance against the laws of an oppressive governing body that forbade the wearing of textiles made from warmer materials. 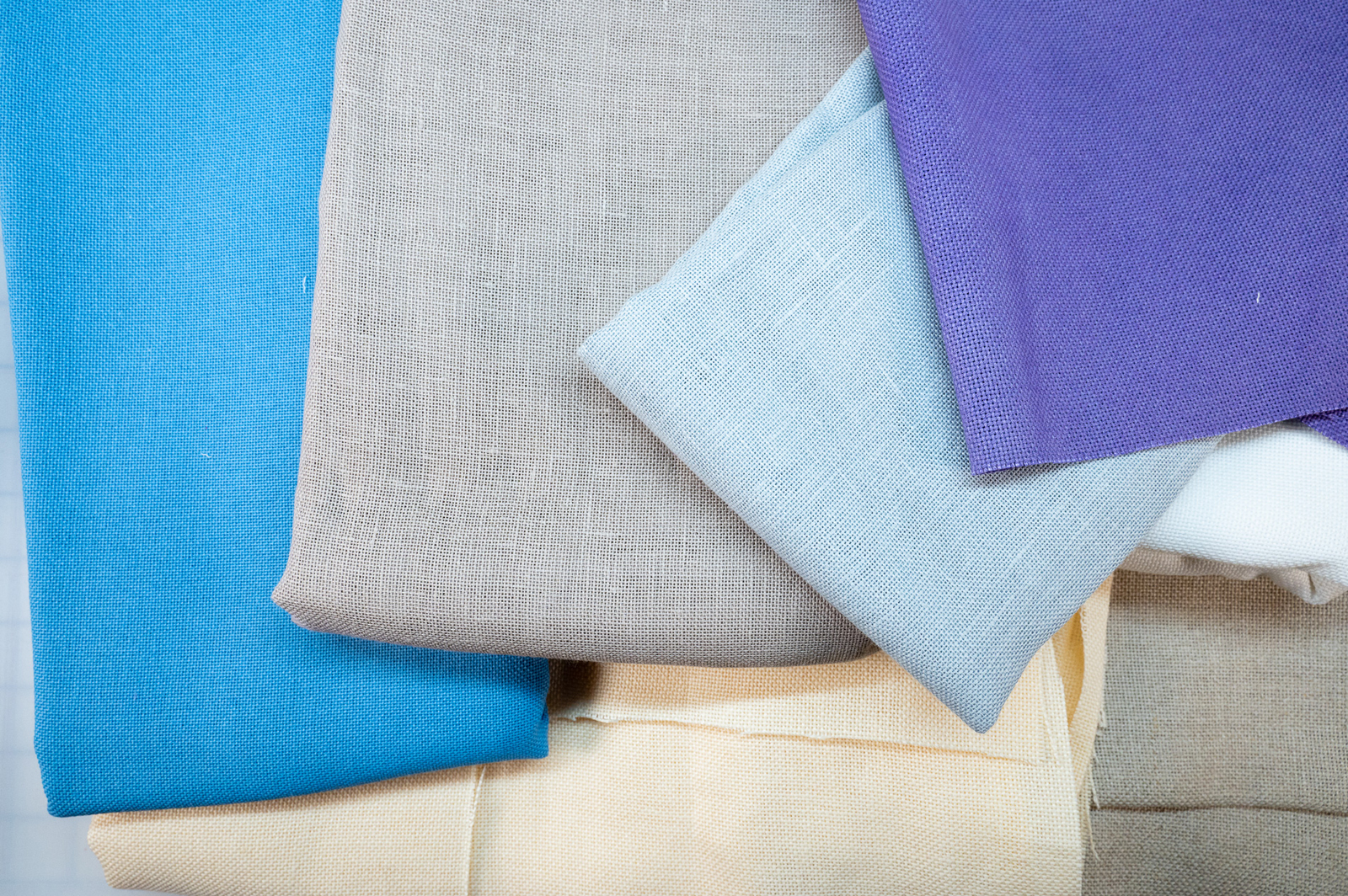 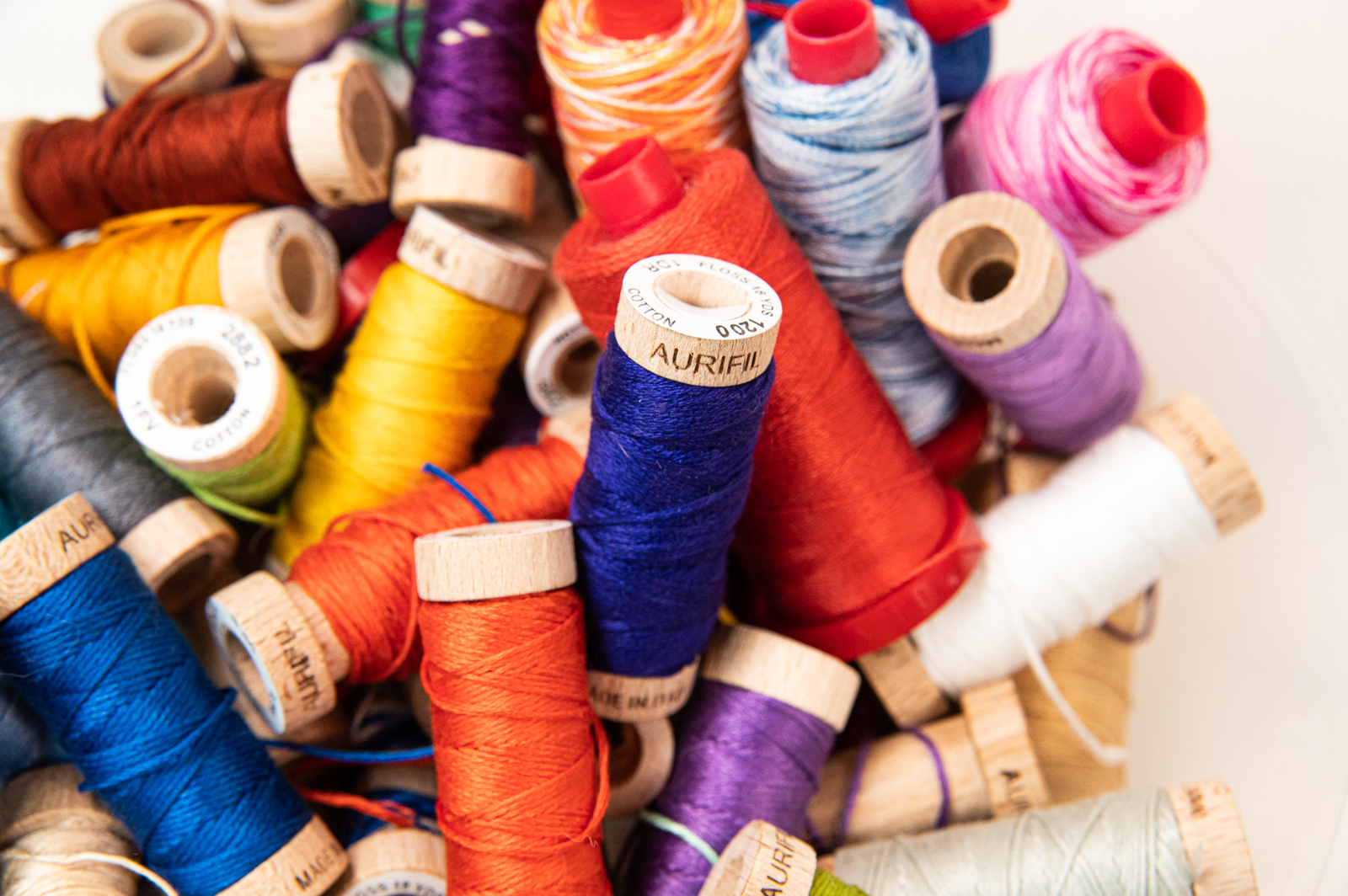 The beginning chapters of the book provide more detailed context for the content of Contemporary Kogin-zashi and goes further detailing how kogin-zashi differs from the other forms of sashiko. Of particular interest to us was connecting the dots of the DNA kogin shares with other forms of darned embroidery, counted threadwork, and needle weaving from Norway, Yugoslavia, and Ukraine, Medieval Middle Eastern counted thread embroidery, and Mamluk pattern darning found in the Middle East and Egypt… no obsession here. 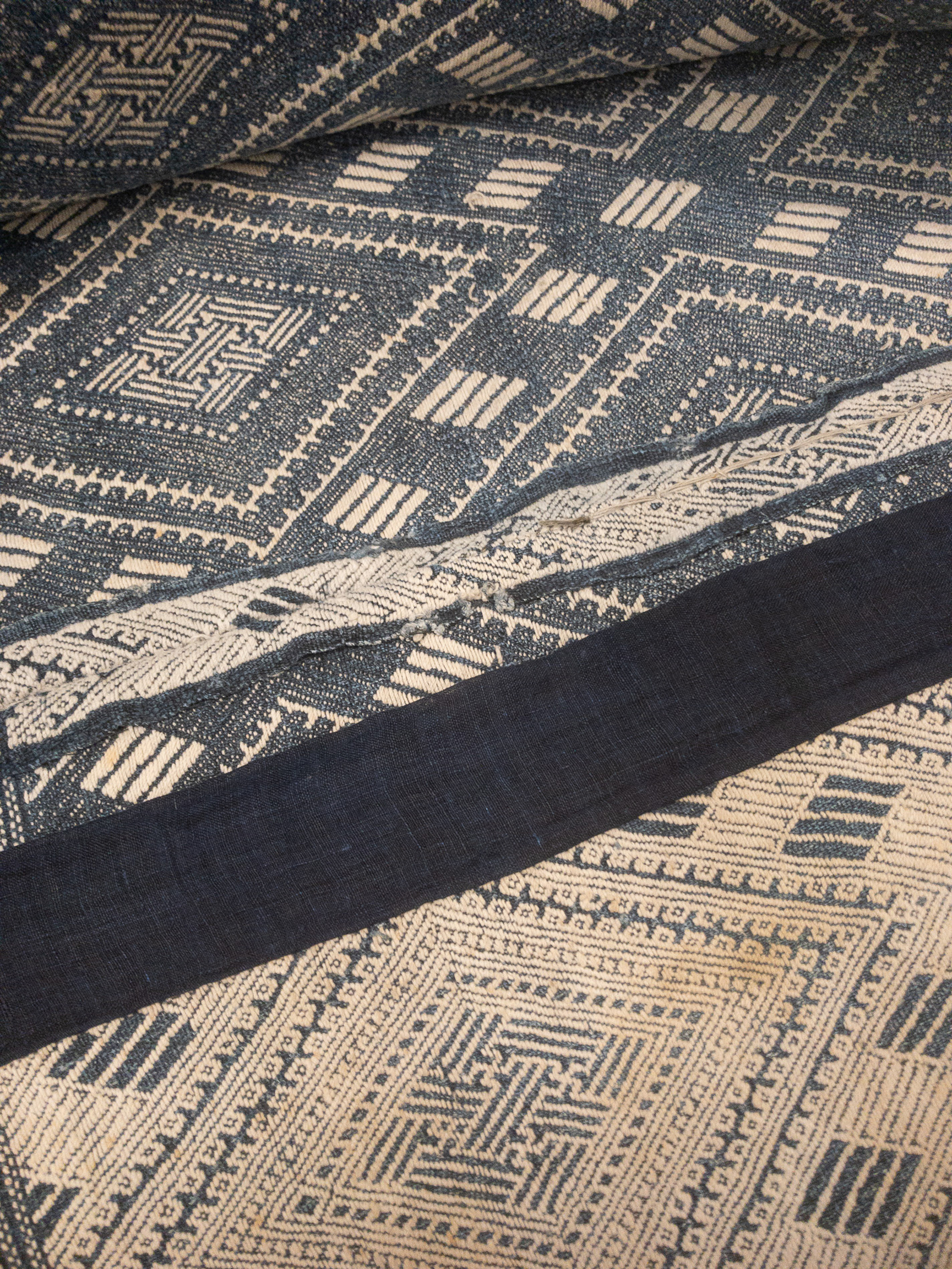 Next, we sink our teeth into the real meat of the craft familiarizing you with the tools, fabric choices, thread, and of course the stitch patterns… oh the patterns! 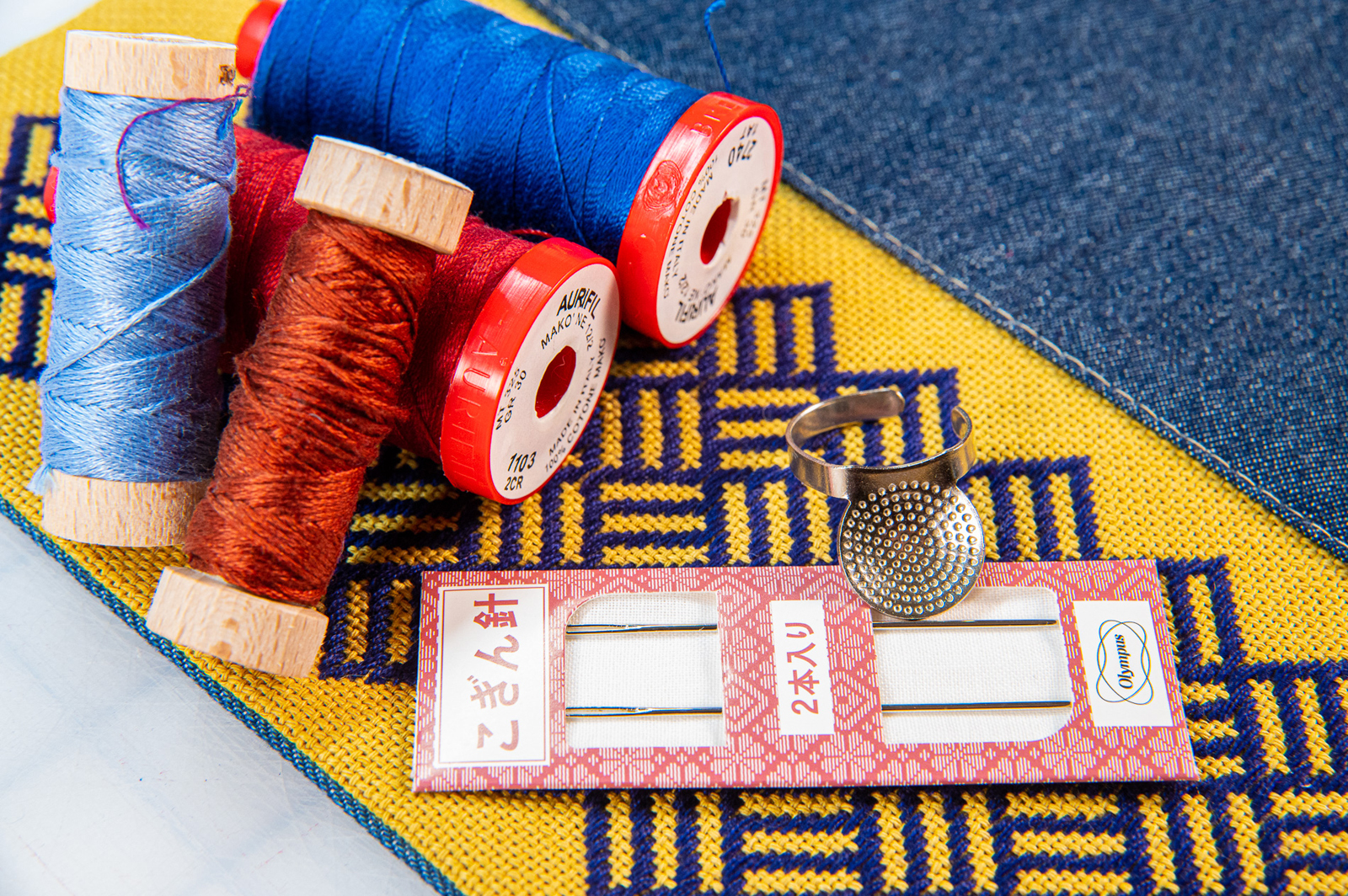 In kogin-zashi the smaller motifs used to create larger patterns are called “modoko” and we’ve included dozens of modoco for you to use as you practice or that you can swap out with others. We used these traditional motifs to build original kogin-zashi designs that you will find in the ten projects along with websites links to Japanese databanks filled with historic and modern interpretations of modoco. 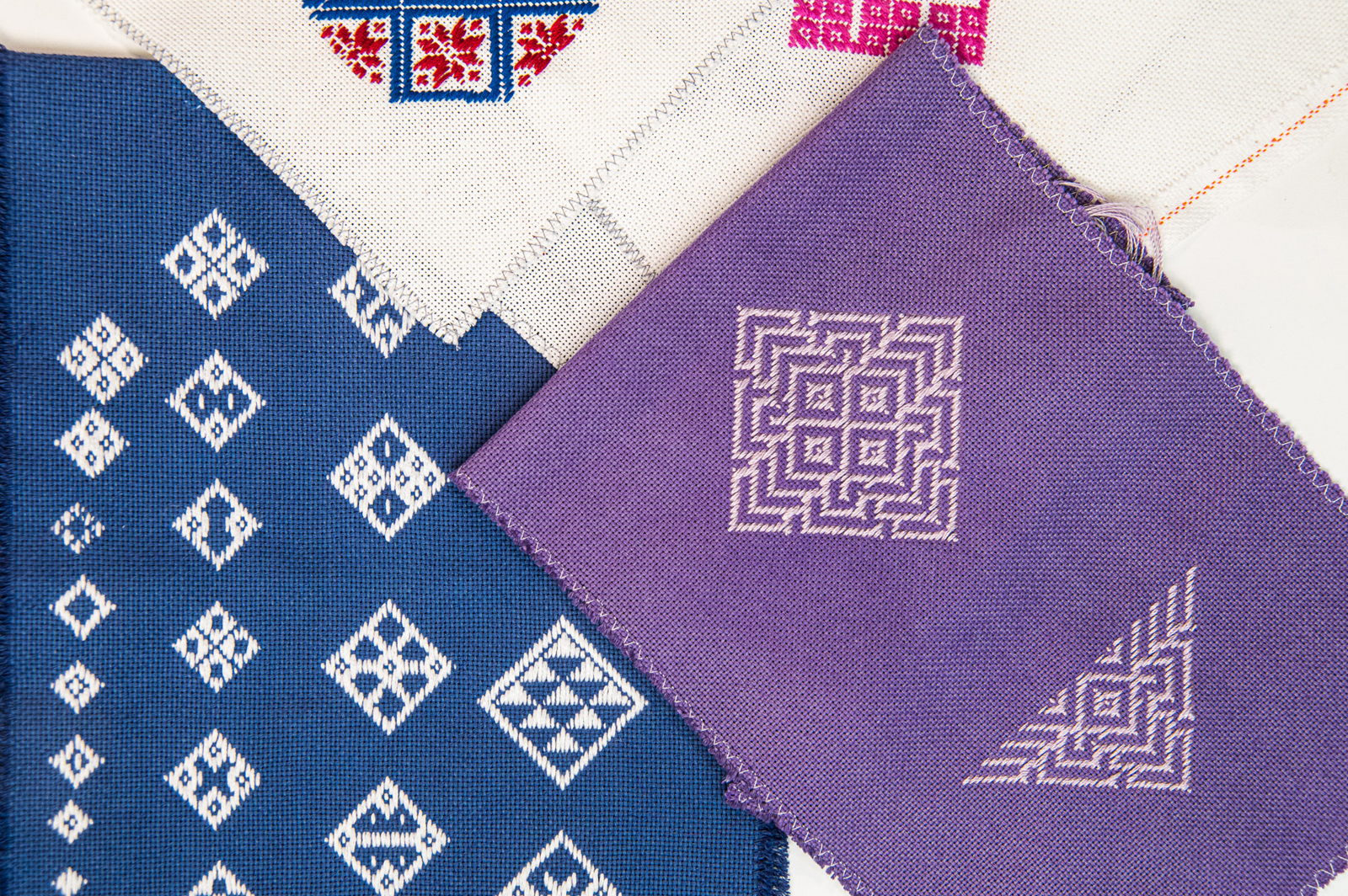 Oh… you caught that? Yep! We included ten projects for practice and the occasional bragging right.

Projects meant to have you stitching your own kogin creations right away like bookmarks and framed art that stand alone. 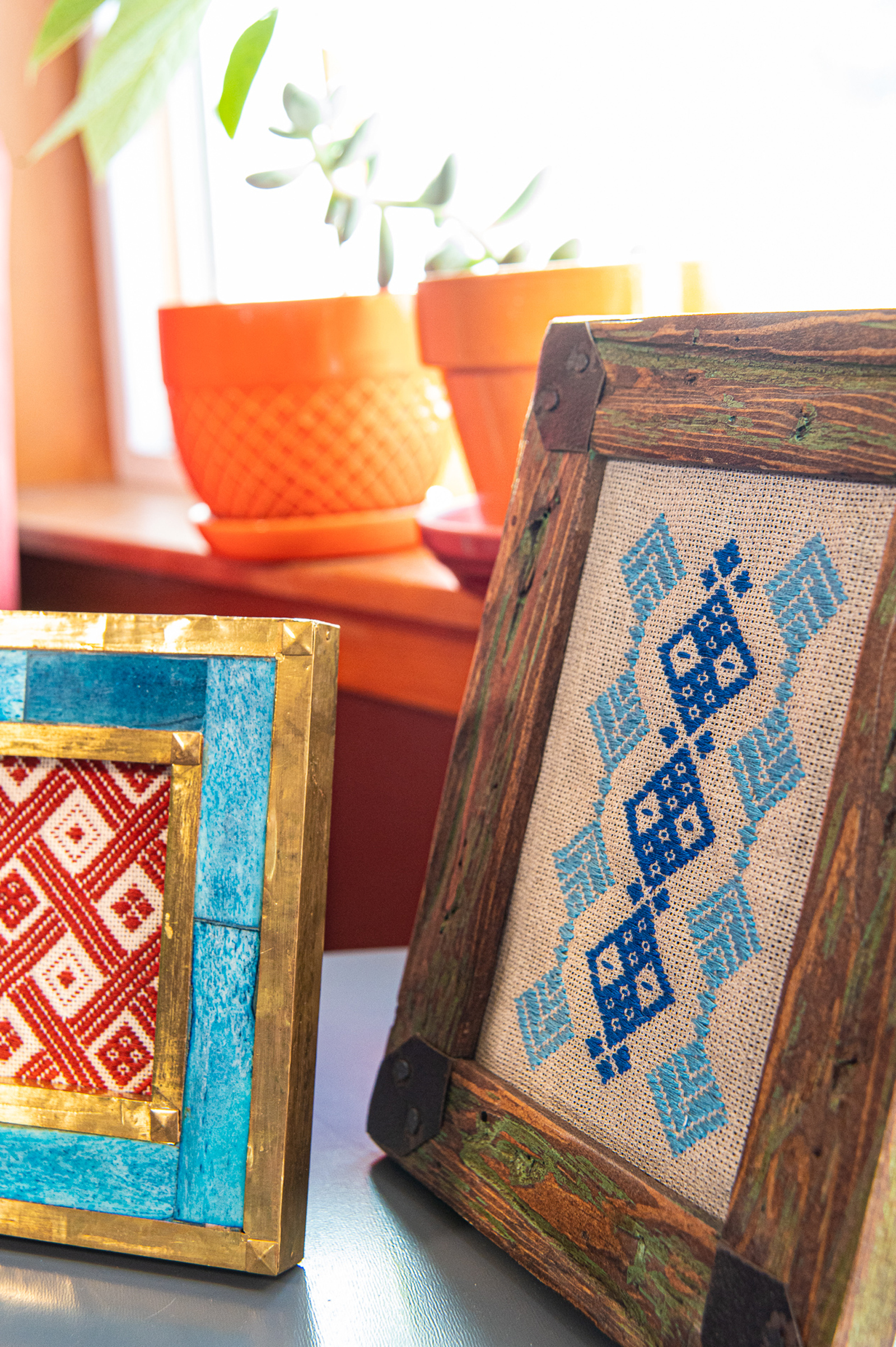 Quick stitch and sew projects for your home like the wall hanging, coasters, and placemats will let you show off your skills. “Oh that? Yes, I did make that!” 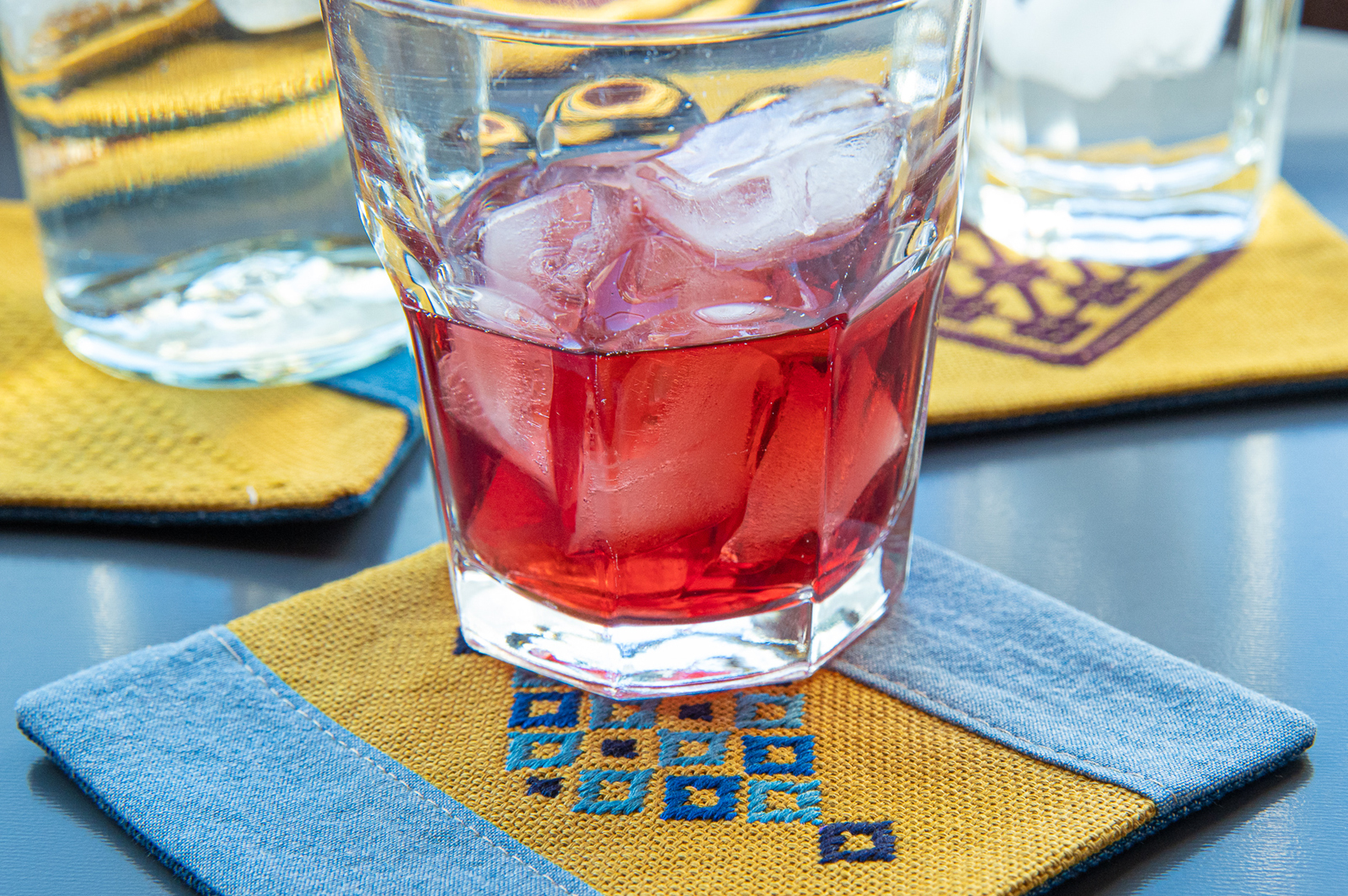 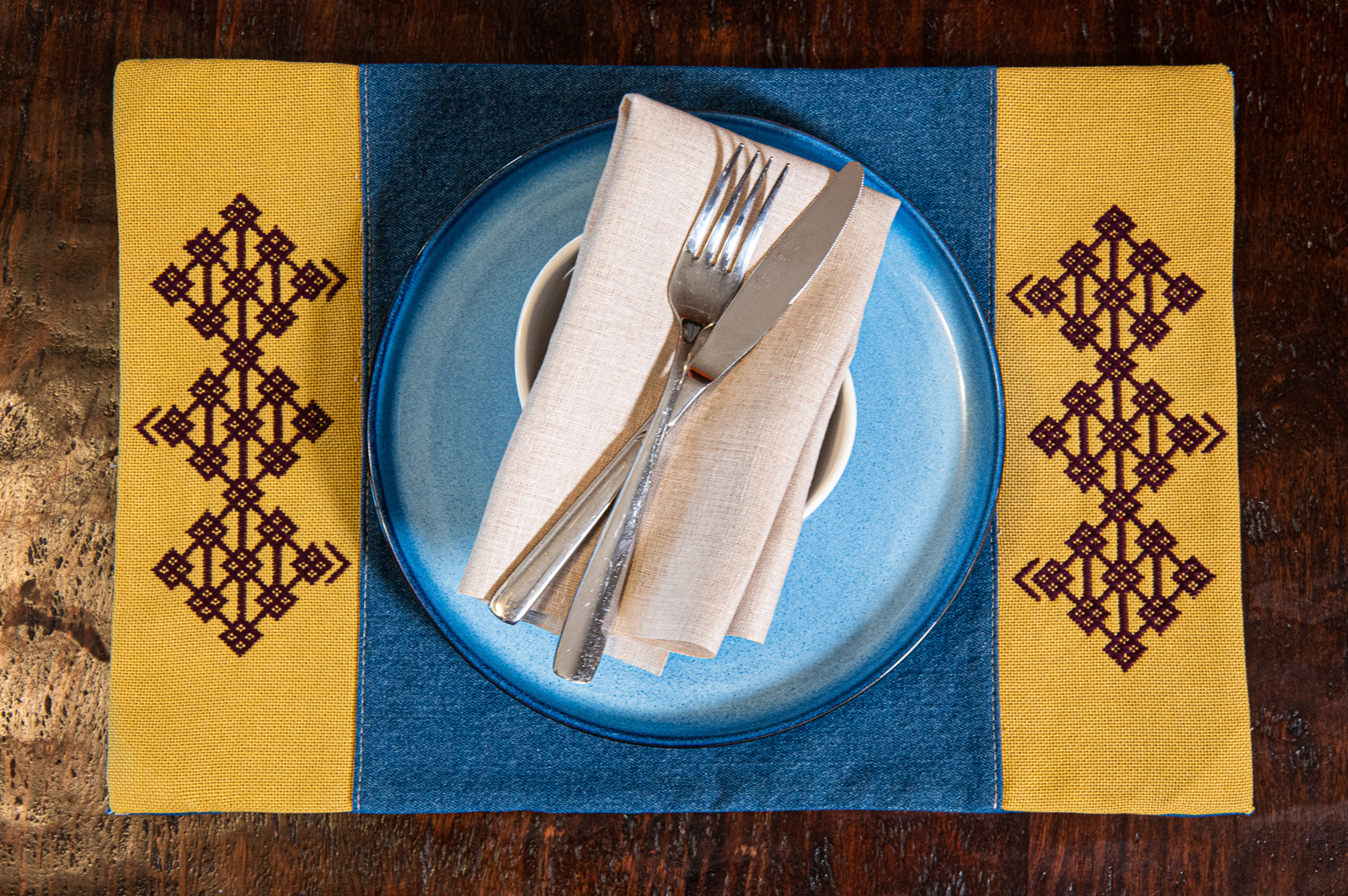 A few take a little more time and concentration but are worth the extra effort like the Looking At Pillow and book cover. 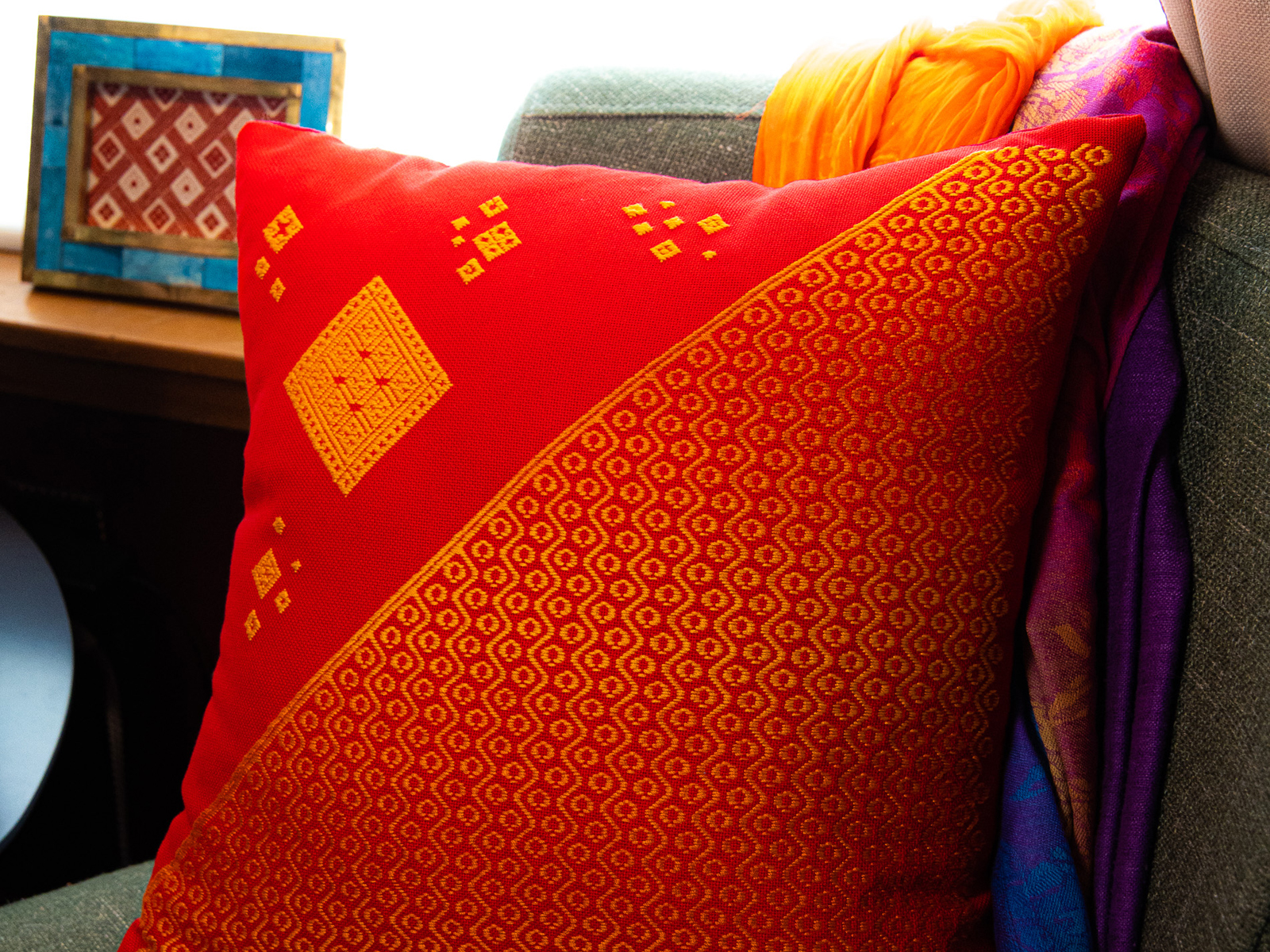 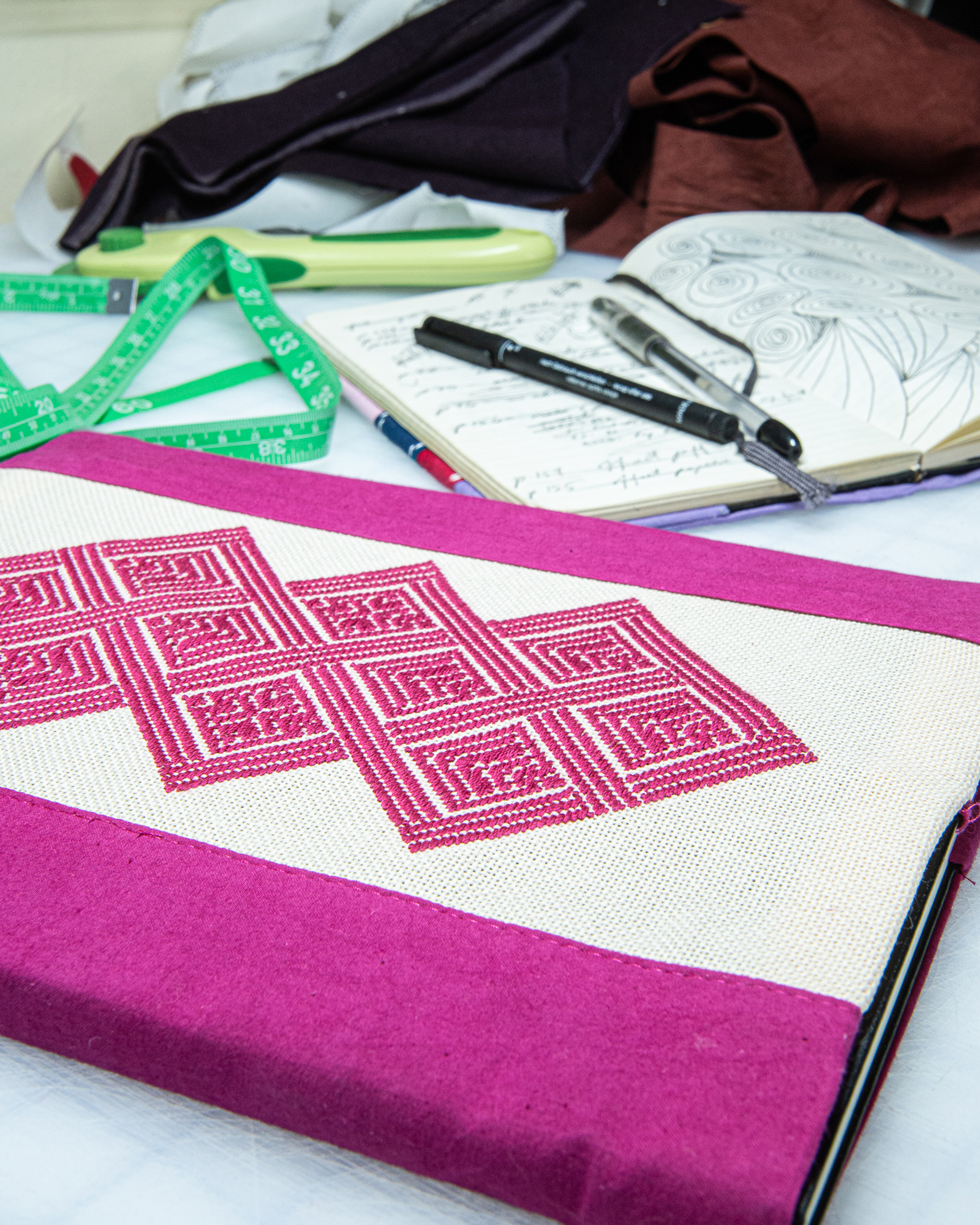 The Take Along Tote will look great on your arm while wearing the peacock jacket or the sashiko vest.

All the stitch patterns for the modoco and projects are available to download to your phone, computer, or tablet to make stitching simple and enjoyable… and easier to see… a big bonus for those of us who squint a bit more nowadays when reading small print. 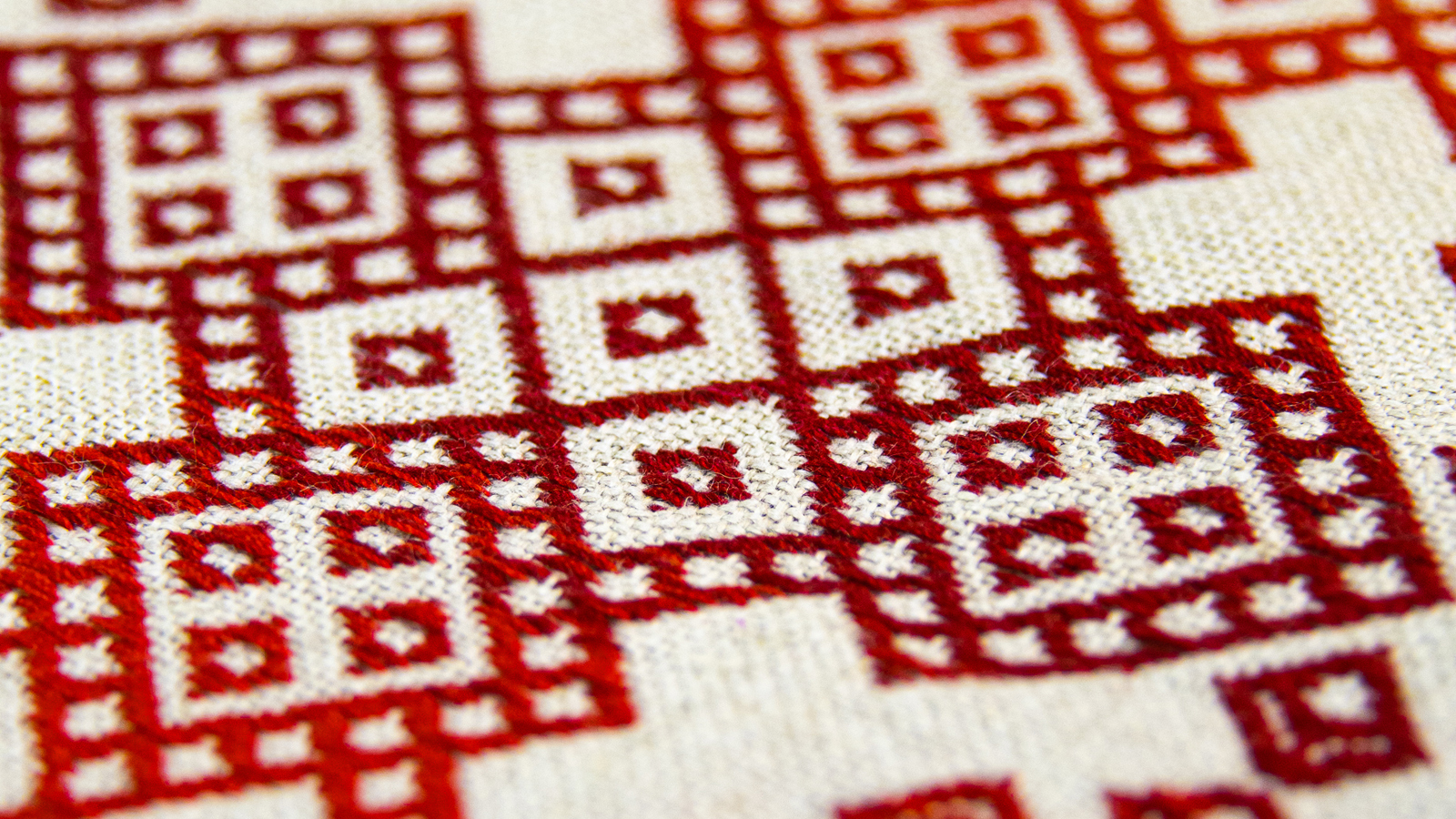 If you enjoy colorwork as much as we do, you’ll love the color blocking and thread blending we use in a few of the projects. We also include detailed instruction for both techniques so you can give them a try yourself as you follow your own creative path. 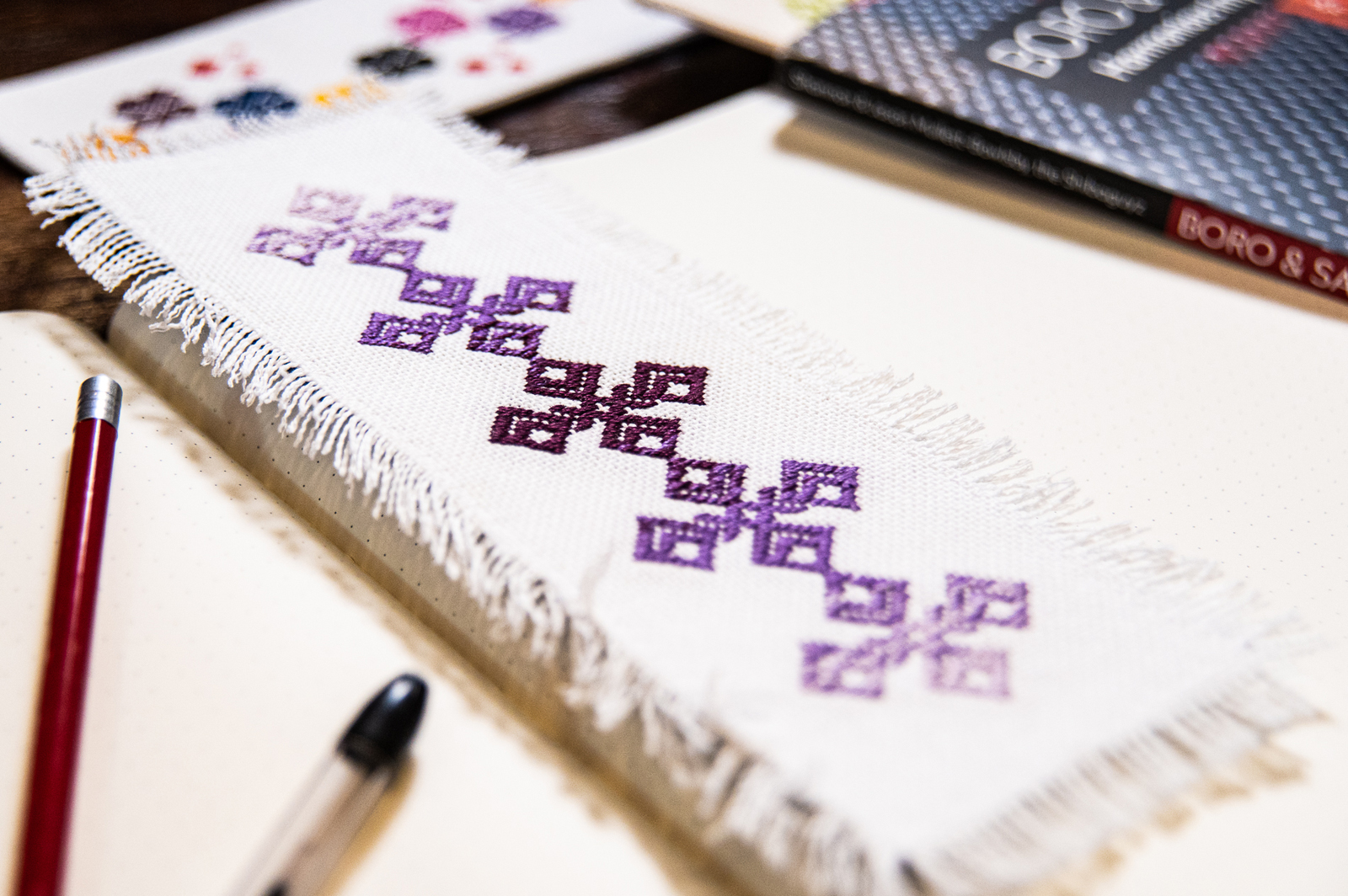 And, or course, you’ll find the tips and tricks we uncovered during our practice to help make your stitching that much faster and cleaner. It’s like having us right there next to you while you learn… you just don’t need to make us lunch. 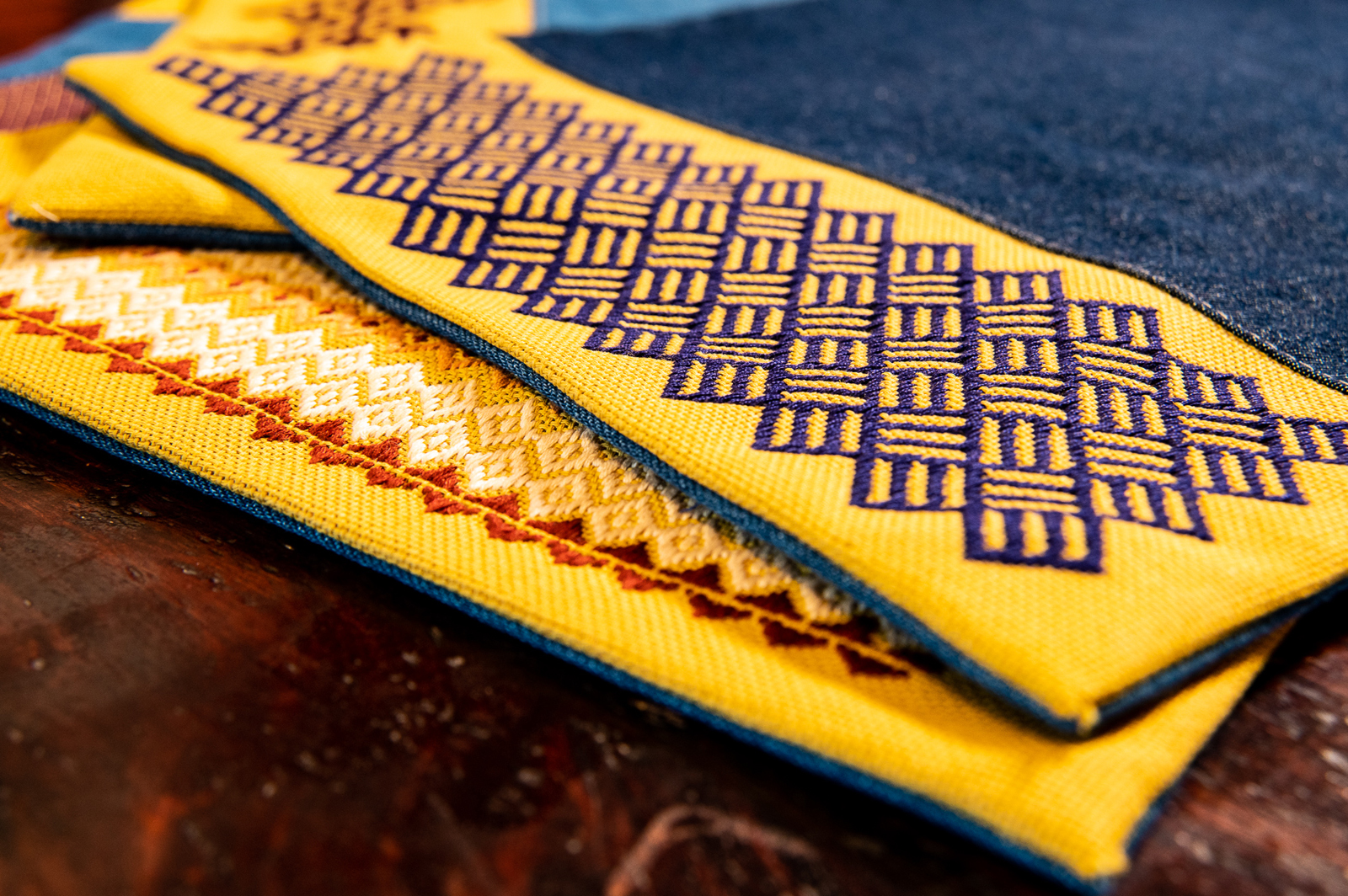 Whether you are a first-time stitcher an embroidery master and anything in between, our hope is that Contemporary Kogin-zashi inspires you to follow the rabbit hole with us and create something new and exciting. 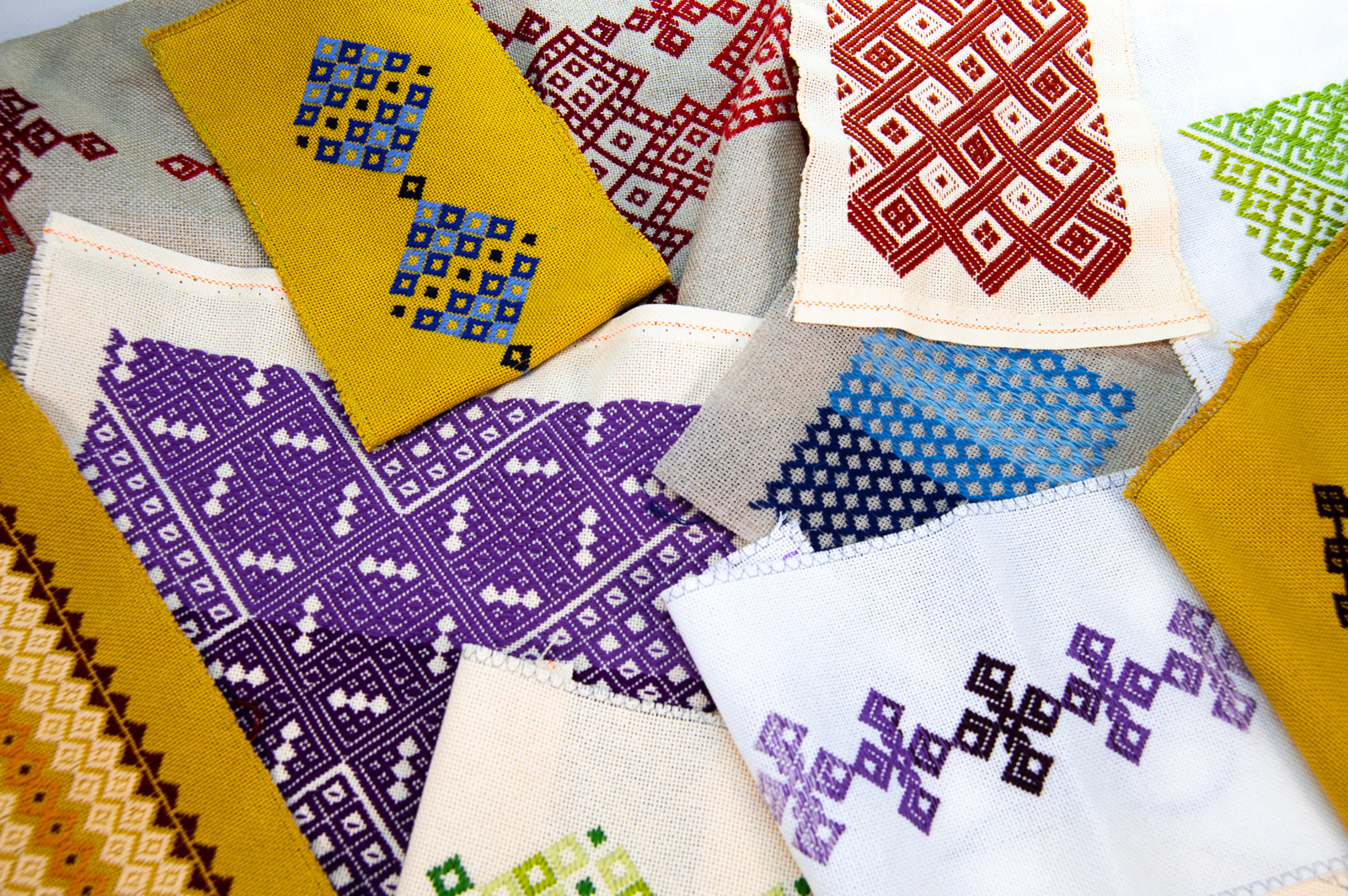 Save the date for a celebration of Contemporary Kogin-zashi! Shannon Leigh Roudhán and Jason Bowlsby showcase their mastery of kogin-zashi in their new book. Featuring an inside look at the book, kogin-zashi stitch demos, giveaways, and more.