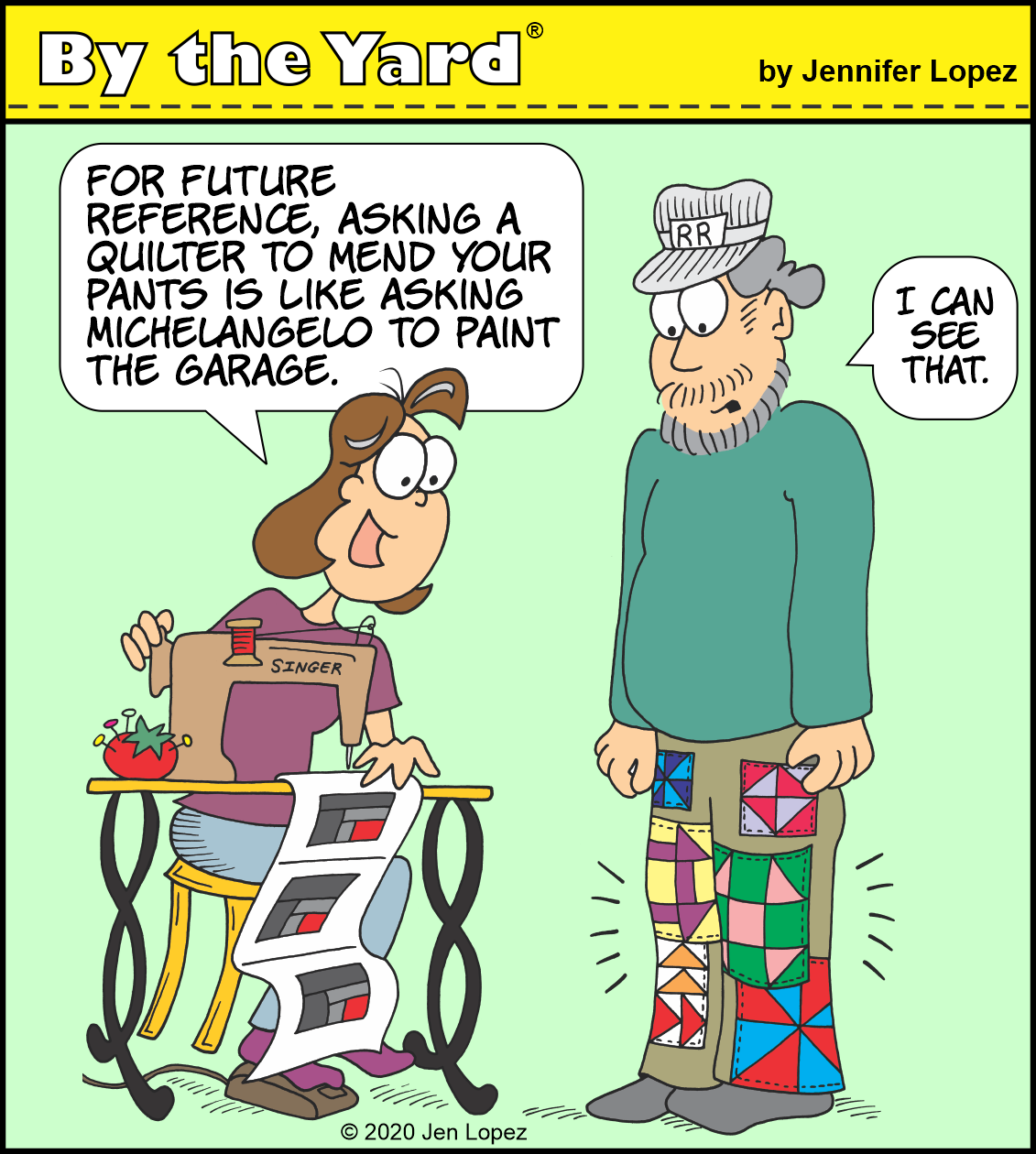 I can quilt, ergo I can sew. As a result, people have asked me to sew some wacky things over the years. Here are some of the best “worst projects ever”:

Worse than any prom dress, one thing I have never sewn for anyone is a wedding dress. If there is one thing I learned from my favorite professor at the MIT Sloan School of Management it was “just because you can do something, doesn’t mean you should”.

Please join us here every other Wednesday for another fun, fiber-filled installment of By the Yard. You can read more By the Yard® at www.bytheyardcomics.com and check out our NEW line of greeting cards for crafty people, too!