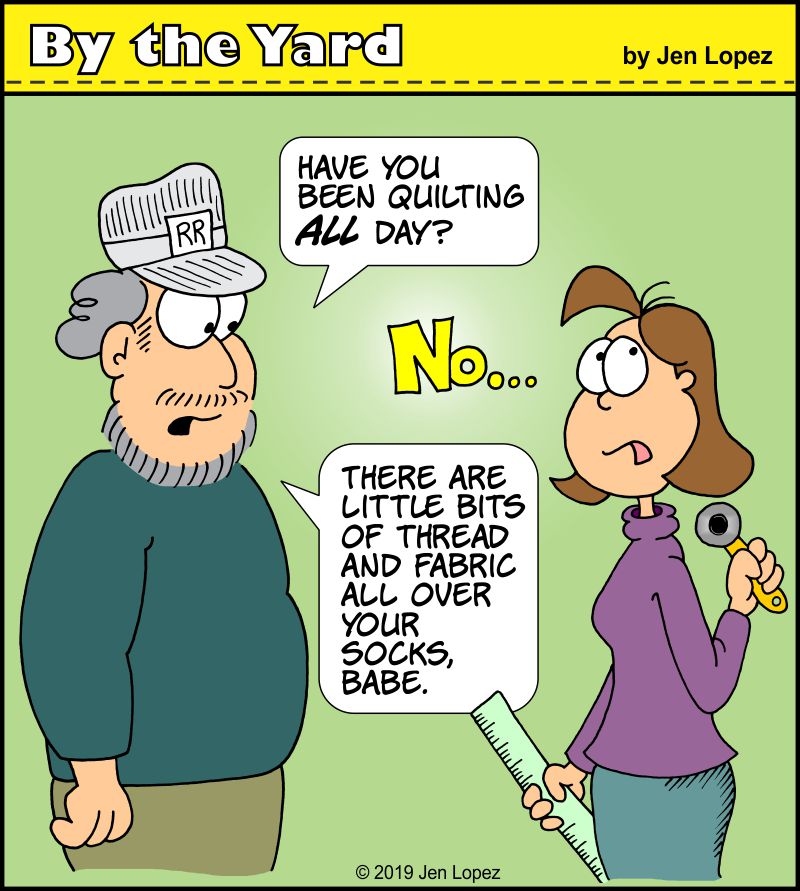 According to the Quilting in America™ 2017 Survey, a whole lot of people like quilting. The survey indicates that the industry represents $3.7 billion in consumer spending with the total number of quilters in the United States reported to be between seven and ten million, and apparently, they are busy as bees.

The survey reports that the average quilter spends thirteen hours per week on their hobby, with the “advanced” quilters (those who have been quilting over twenty-five years) spending upwards of eighteen hours per week quilting. Even the newest entrants into the field of quilting (those under the age of forty-five, according to the survey) dedicate an impressive ten hours per week.

So, I really don’t think Train Guy has any cause for alarm that Quilt Girl spent all day quilting. At an average of 1.86 hours per day, what else could she have been doing?

All things considered, spending your whole day quilting isn’t such a bad use of time. After all, if you make a quilt – it stays made. If you make a meal or make a bed, you’ll just have to do it again! I’ll take the quilt, thank you.

Please join us here every other Wednesday for another fun, fiber-filled installment of By the Yard. You can also find the newest development from By the Yard, the 2020 Wall Calendar for Quilters at www.bytheyardcomics.com/cal, sure to keep you in stitches all year long.